Hi everyone! It’s been a while since I’ve posted a writing update, so you’re in luck! If you wanted to know more about my novel and where it’s currently at, then you’re going to love this post. And if you’re just interested in seeing a sneak peak of the book, then welcome! I hope you enjoy! (but please don’t tell me if you don’t)

END_OF_DOCUMENT_TOKEN_TO_BE_REPLACED

Surprise, surprise. I actually opened up my Lost Queen manuscript and started editing. Who knew that I had it in me?

END_OF_DOCUMENT_TOKEN_TO_BE_REPLACED

I am so late on this post, but better late than never, right? It’s finally here, my final NaNoWriMo post for 2020!!

END_OF_DOCUMENT_TOKEN_TO_BE_REPLACED

Hey guys! I’m here with another NaNoWriMo update! This is the third update with only one more for 2020 – that’s so crazy! If you missed my first two updates, you can check out update #1 and update #2 here!

END_OF_DOCUMENT_TOKEN_TO_BE_REPLACED

Hey everyone, I’m back at it again with another NaNoWriMo writing update! If you missed my first update, you can check it out here. The pat week has been pretty intense and a lot has changed since then.

END_OF_DOCUMENT_TOKEN_TO_BE_REPLACED

I had planned to post this on Monday but I forgot . . . so you’re getting it today!

This is the first year I’ve done NaNoWriMo without immediately failing and it feels really good! I’m excited to provide this update because I wasn’t sure how well NaNo was going to go this year for me, but so far, I’m pleasantly surprised!

END_OF_DOCUMENT_TOKEN_TO_BE_REPLACED

This past week has been amazing for my writing! I wish I had Scrivener to track my progress, but alas I have Word and my memory at this point. Which means that some of these numbers might be off (sorry). I’m trying my best.

It’s been a little while since I’ve done a writing update and since I’ve gotten a lot accomplished this week, I thought it was time to let you know where my book is!

END_OF_DOCUMENT_TOKEN_TO_BE_REPLACED

This is a sad update because honestly, I haven’t written in weeks. I was on such a roll with writing and then *poof* my motivation disappeared and now I have a half finished manuscript sitting on my computer, judging me.

This will be a short update because there hasn’t been a lot going on. Honestly, I just need to finish the dang thing so I can start editing. I like editing more than drafting personally it seems (I say until I start the editing process) so if I can just cram out this book, then maybe it will actually turn into a publishable manuscript. Maybe.

So far, my manuscript is currently at 52,516 words (a 27,495 word increase) or 162 pages (up from 76 pages). I’m definitely nearing the climax of this book as we build up to the scene revealed in the prologue and I think because I’m nearing the end of this first draft, I don’t wanna write it. I would guess there’s about maybe 20,000 or so more words to finish this book and then with LOTS of editing, I can get it up to 80-90k. I don’t want my story to be too long, especially for a first draft/first book, but there’s so much that happens I can’t make it too short either.

So yeah, I’m currently stuck in a cycle of “I can’t write, but I need to finish this book and it’s stressing me, but I can’t write because I’m stressed” – we love writing.

Hopefully I can get out of this rut, finish this book, and start editing! I want to have this manuscript finished and polished by the end of summer so I can start querying. We’ll see if that actually ever happens. 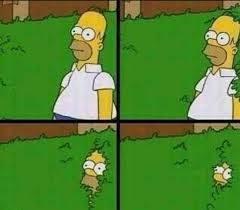 For those of you who didn’t know, and I assume that is almost all of you, I am writing a book. Multiple books actually. So far, I’m about a third of the way through one of my first drafts and it’s …. not going well at all. I think the biggest thing with writing, and specifically my writing, is that I have the beginning and the end in my head, but the middle? Nonexistent. Like completely not there. Which of course makes it difficult to write the middle and get to the ending I have envisioned.

So how am I going about fixing this issue?

By avoiding writing of course!

I’m just kidding. I sometimes meet up with my friend Alexa from Writing the Universe to talk through plot holes, character develop, and overall writing issues. Last Monday we worked through the middle section I was trying to envision. Thankfully, we found a solution together that feels right for the book and it fits. Now I just need to write it.

Besides that, figuring out ages for characters is also incredibly hard. The book with the most progress has older characters, oldest being 25 and the youngest being 12. My main characters are 18, 21, and 25 with other 16-22 year old characters in there too. This is supposed to be a YA novel, but I’m worried people will dislike the fact that some of the characters are older. But I have to make them older or else it doesn’t work with timeline.

It also doesn’t make sense for the society to make them all 15-18 year olds unfortunately. The content and topics are still YA, and the main POV is of my 18 year old, but I still worry. At least Sabaa Tahir did it first with making Laia 18 and Elias 21 (THANK YOU).

After the brainstorm session today I also was pushed to start writing another book idea I have. This one has a younger MC (16) and its a really interesting premise. I’m so excited! The biggest thing I love about this is the Greek mythology included in it. I haven’t written anything with Greek mythology in it before, but I’ve been a Percy Jackson stan since 5th grade and I’ve been obsessed with the mythology since I was young.

It feels so nice to have somewhat of a plan for now, but with enough wiggle room to not feel trapped. It actually makes me excited to write. And to give you all updates on my writing.

So of the two main WIP I have going on here is the word count so far:

I can’t decide which book I want to work on for NaNoWriMo in November, but we’ll see how developed each are when we get there.