Book Terminal Tours has a NEW blog tour sign up going on right now and this is a book you don’t want to miss!

END_OF_DOCUMENT_TOKEN_TO_BE_REPLACED

With only a week left in the month, I thought it would be fun to hype up some of my favorite September releases that I think people should put on their TBR! This is mostly going to be debut or not as well know releases, so no Cassie Clare or any other sequels/spin offs.

Some of these I haven’t read yet, but want to, so I’ll mark which ones I have and have not read. For the unread books, I’ll be putting in the official synopsis!

END_OF_DOCUMENT_TOKEN_TO_BE_REPLACED 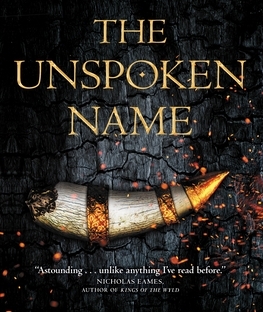 I purchased this book back in February because 1) the cover and 2) the premise of this story. A sacrifice who avoids her duty and decides to live? UGH GIVE TO ME! A powerful mage who promises her freedom and safety? OMG! The Gods are angered by this? WHOA I NEED THIS BOOK NOW!

Yes, those were the exact thoughts going through my head! Once I was home, I realized that I had been approved for this title on NetGalley, but for whatever reason it went straight into being archived, so I couldn’t download it. But, oh well! I read the physical copy I bought and it was good!

What if you knew how and when you will die?

Csorwe does — she will climb the mountain, enter the Shrine of the Unspoken, and gain the most honored title: sacrifice.

But on the day of her foretold death, a powerful mage offers her a new fate. Leave with him, and live. Turn away from her destiny and her god to become a thief, a spy, an assassin—the wizard’s loyal sword. Topple an empire, and help him reclaim his seat of power.

But Csorwe will soon learn – gods remember, and if you live long enough, all debts come due.

Csorwe, pronounced like doorway, is a human sacrifice who decides to live. Yeah, the premise got me really excited for this book. I wanted it to the be a five star read, I really did – but it’s not.

Let’s start off with the writing/chapters. The writing is good! But very descriptive and she explains a lot and generally kinda slow. While I liked the way she gives us everything that is going on, I felt like it was dragging a bit. And the chapters were incredibly long. Usually 20+ pages long. I don’t mind long chapters so long as the book progresses quickly and there’s a lot to push us forward, but it made this book feel extra slow.

Then we have the worlds. Though she tried to explain it well, the worlds still felt a bit unfamiliar and hard to imagine. It’s clear we travel through teleportation, I think, into different ports. Those ports equals different worlds in the same universe? See, I’m honestly not even sure how this whole thing works. It wasn’t very clear to me how the world(s) are set up nor how exactly they traveled, but that’s less important. What is important is getting there and knowing that these worlds can die.

Run on the power of gods, if those gods are forgotten/parish, well then the world will go too. Which is really cool! We get some awesome moments in those dying worlds and it leads us towards the somewhat scary reality of what they’re trying to prevent.

Next, the characters. OMG the banter between Csorwe and Tal was A+ witty sibling banter, even though they are not siblings. Not only is there lots of insults and cussing, but the genuine distaste and distrust is hilarious. There were several moments where Tal had me DYING from laughter due to his comments/his actions. While Tal is hilarious, he does undergo and complex and needed change. It was refreshing to see him grow and become a character that I really liked.

Sethennai, Csorwe’s savior, is an interesting character though. He comes across fun and adventurous in the beginning of the book, then switches to a more emotionless, calm character. Not sure why the shift happened, but I noticed that change in his personality. I’m not sure I necessarily like his character, but I thought he was a great motivator for Csorwe and becomes an obstacle in his own right for her.

Then we have our main character, Csorwe. She’s a complex person and I thought her backstory, her journey, and her self realizations were great development for her. She’s witty, smart, and wants to live life to the fullest. Which makes it difficult when you’re the human sacrifice.

Then we have Shuthmili, who was also super cute and a great character. Her innocence was a great contrast to Csorwe’s brutal experiences. The soft romance that blossoms between them is also really cute. I loved her kindness and desire to learn while also being an incredibly powerful mage. Her powers are unlike anyone has seen and the hoops she has to jump through to live and survive are immense.

Since the author is gay, and our main characters are all queer, I am not going to remark on the romance other than to say, Csorwe and Shuthmili are adorable and Tal deserves better (thank goodness he realized that too!).

So, writing was long and a bit slow, plot was interesting if not confusing, the characters were awesome, and the romances are cute.

It was honestly hard to rate this book, but I think a

// 5 stars is a fine rating. It wasn’t bad because I did enjoy the story, but there were a lot of things (mostly pace and lengthy chapters) that dragged the plot along. So I think this is a fair rating.

If this book sounds interesting to you, check out The Priory of the Orange Tree by Samantha Shannon. 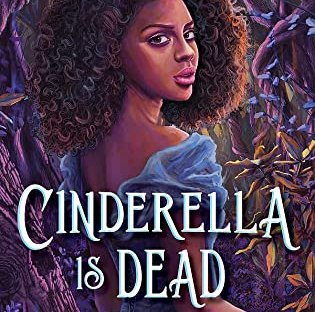 I received a copy of Cinderella is Dead by Kalynn Bayron from NetGalley in exchange for an honest review.

Let me start off by saying – there are some big themes in this book that the author covers. If you want more POC LGBTQIA+ representation, fierce female main characters, fighting the patriarchy energy, and overall discussion on oppression – Welcome! You’re going to appreciate this book. Cinderella is Dead will release on July 7th, 2020 so be sure to preorder this amazing retelling!

It’s 200 years after Cinderella found her prince, but the fairy tale is over. Teen girls are now required to appear at the Annual Ball, where the men of the kingdom select wives based on a girl’s display of finery. If a suitable match is not found, the girls not chosen are never heard from again.

Sixteen-year-old Sophia would much rather marry Erin, her childhood best friend, than parade in front of suitors. At the ball, Sophia makes the desperate decision to flee, and finds herself hiding in Cinderella’s mausoleum. There, she meets Constance, the last known descendant of Cinderella and her step sisters. Together they vow to bring down the king once and for all–and in the process, they learn that there’s more to Cinderella’s story than they ever knew . . .

This fresh take on a classic story will make readers question the tales they’ve been told, and root for girls to break down the constructs of the world around them.

First off, I love this feminist anthem. An all encompassing feminism sweeping through the land, in a place where women are seen as property. I thought the plot was not only unique, but exciting, because it’s every woman for herself (kinda). I read this book in a single afternoon – I couldn’t put it down.

The twists and turns of this story just prove how versatile the story of Cinderella can be. And I thought this was a great tale to tell. We have a POC main character who is also LGBTQIA+, because representation (woo!), and she is not a demure girl. She is ready to change the world.

I really enjoyed this new take on a classic fairytale, because sometimes it’s too male dominated. And this book proves that men are trash. Well, most men are trash. In this world, men have all the power. Women have no rights and are property owned by their husbands – if they can manage to be married. The king hosts a ball every year allowing suitors and girls to come together and get engaged. Except it’s mandatory for the women to attend while it’s optional for men. Also, women only get three years to go and find a husband before they are forfeited and forced to work in the castle as a spinster.

Yeah – these men are TRASH.

I thought the writing was great, the message was great, and we have some awesome representation for girls everywhere. I don’t think there was anything I disliked about the story, except maybe Sophia’s obsessed with her crush Erin at the beginning. It was borderline creepy how pushy she was, but it’s as indicative of a man as any might be with a girl, so maybe just proves once again that men are trash. AKA, guys do a similar thing and are called persistent – but it’s not, it’s just creepy. Though I do want to point out that Sophia doesn’t pressure Erin to love her or be with her, she’s pressuring her to leave with her. Which is a different dynamic that still felt not good because Erin is not down with the idea.

Erin tells her multiple times to leave her alone and stop trying to push her to leave. Sophia is not taking no for an answer and for the first quarter of the book is trying to persuade Erin to leave with her because they love each other. While I get her want to be with her, especially since she technically can’t, it was a bit uncomfortable to see Sophia so pushy and not listen to Erin’s wants. Even if it went against Erin’s true feelings.

Besides her pushiness at the beginning, and her quick ability to fall in and out of love, this was an awesome story and I am going to scream about it for a while. The imagery is amazing, there are twists and turns that you won’t see coming, and it’s an overall fantastic book.

So with that being said, my review is a solid

// 5 stars! I mean there wasn’t anything huge, too upsetting, or bad about this book. There was no strong reason for me to downgrade it and I loved the story. So it gets a perfect score from me. I mean, I couldn’t put it down physically so it’s a top read for me. This book is filled to the brim with representation, so if you’re looking for gay, POC, feminist, patriarchy smashing characters (and that’s just the main character) – welcome to your next favorite read!

If you like this book, check out The Court of Miracles (out on June 2nd) by Kester Grant or Foul is Fair by Hannah Capin.