It’s been so long since I’ve actually read and finished a book, and it’s been even longer since I’ve posted on my blog! I took a hiatus because of the wedding, but now that I’m married, I have more free time finally. (Until February, when I go to grad school for 2 years….)

I missed blogging though, so I will post when I can. And here’s the first review I have for 2023!

This is a spoiler free review, all thoughts and feelings are my own. 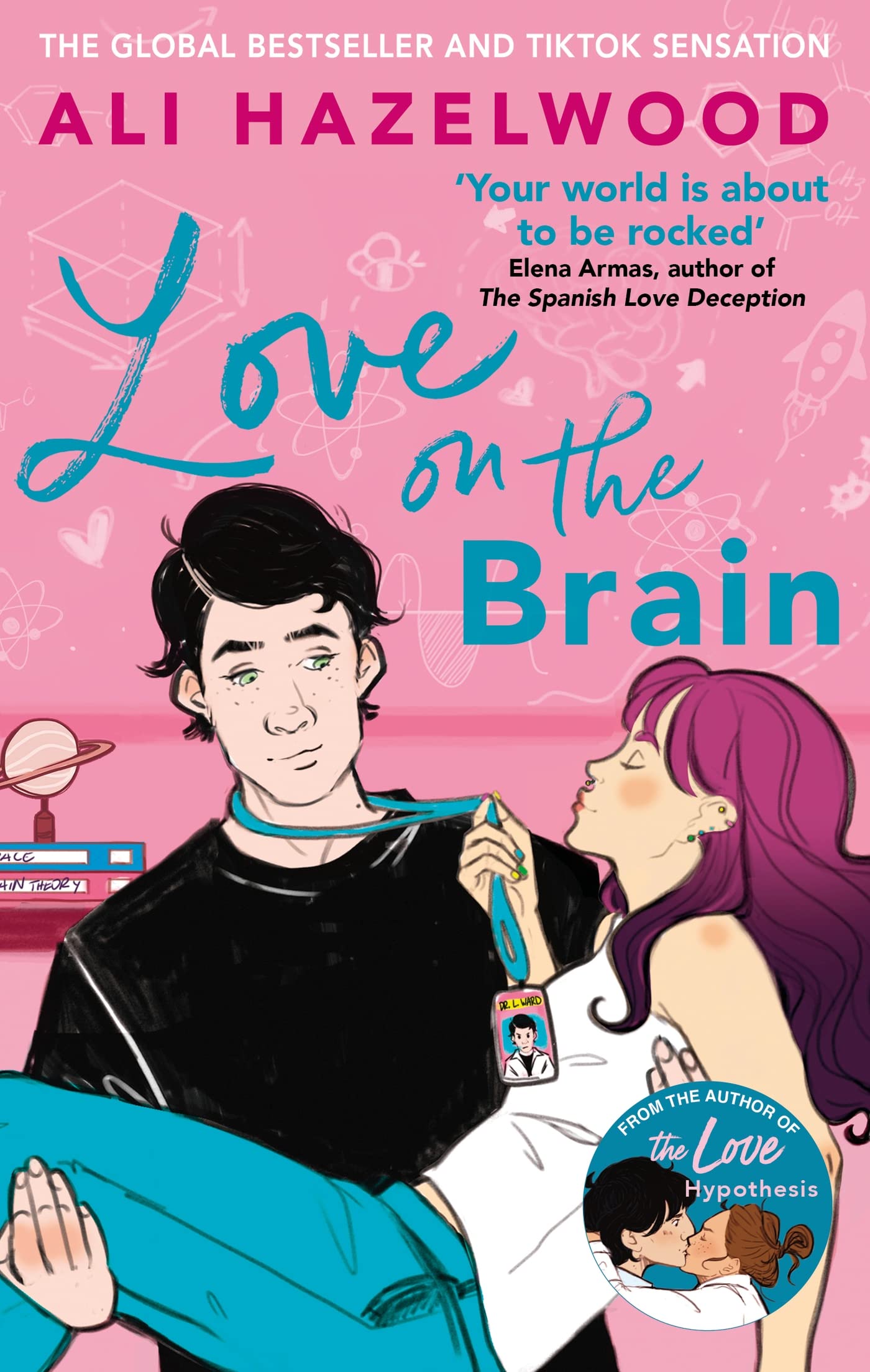 From the New York Times bestselling author of The Love Hypothesis comes a new STEMinist rom-com in which a scientist is forced to work on a project with her nemesis—with explosive results.

Bee Königswasser lives by a simple code: What would Marie Curie do? If NASA offered her the lead on a neuroengineering project – a literal dream come true – Marie would accept without hesitation. Duh. But the mother of modern physics never had to co-lead with Levi Ward.

Sure, Levi is attractive in a tall, dark, and piercing-eyes kind of way. But Levi made his feelings toward Bee very clear in grad school – archenemies work best employed in their own galaxies far, far away.

But when her equipment starts to go missing and the staff ignore her, Bee could swear she sees Levi softening into an ally, backing her plays, seconding her ideas… devouring her with those eyes. The possibilities have all her neurons firing.

But when it comes time to actually make a move and put her heart on the line, there’s only one question that matters: What will Bee Königswasser do?

I have to be honest – I’m a sucker for a nerdy romance. I loved Ali’s first book, The Love Hypothesis, so I was going in already prepared to love this book! And I have to say, I think it lived up to my expectations!

One thing I really enjoyed about this book was the fact that it felt similar to Love Hypothesis without being a replica. It’s very clear it has the same writer because the tone is almost identical. The formatting, speed, and tones of each book are so similar, it’s hard to tell them apart. But everything else is completely different, which I really liked. I loved the tone in both of them and getting to relive it without getting the same regurgitated story was nice. Though, the main characters are kinda similar.

What I really judge romance books on is the, well, romance. If I can’t fall in love with these characters and their love story, what’s the point? And I will say, I liked Bee and Levi’s story. I thought the set up was great and the way that they are forced to work together helped push the story along. But, the transition from “enemies” to lovers could have been longer. It felt like we went from enemies to lovers very quickly when it should have eased its way in more first.

Once the romance is established though, I was in for it. I’m a sucker for love what can I say?

I liked that Bee had some peculiar interests, like her obsession with Marie Curie, but it was a little overdone. It seemed like it had to be mentioned on every page when the references or comparisons could have been fewer and further between. Besides this though, there wasn’t much I disliked. It was a fun book with cute, quirky characters. And the plot twist at the end? I kind of saw it coming, but it was still a great reveal either way!

If you’re looking for a nerdy, somewhat spicy romance, I would definitely check this one out!

And be sure to check out Ali’s debut novel, The Love Hypothesis, and my review for it here!