Hey everyone! I’m excited to be able to share about a newly released book from Inkyard Press and an excerpt from the book! This is a new psychological thriller and it sounds so good. Thanks Inkyard Press for letting me participate in this blog tour and help share some info about the book! 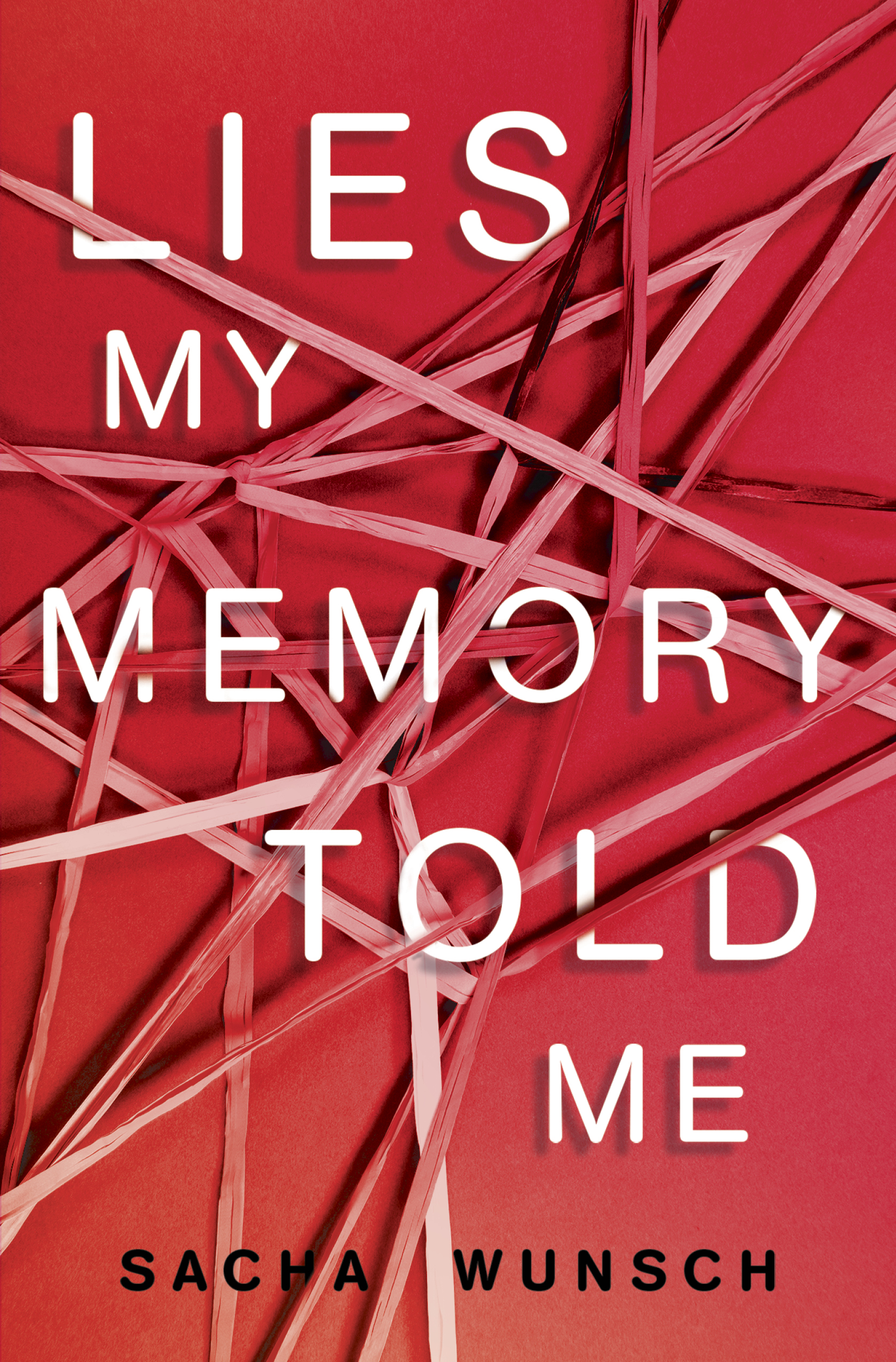 From the thrilling voice of Sacha Wunsch comes a heart-stopping psychological mystery in a world where memories can be shared—and one girl can’t trust any of them.

Enhanced Memory changed everything. By sharing someone else’s memory, you can experience anything and everything with no risk at all: learn any skill instantly, travel the world from home, and safeguard all your most treasured secrets forever. Nova’s parents invented this technology, and it’s slowly taking over their lives. Nova doesn’t mind—mostly. She knows Enhanced Memory is a gift.

But Kade says Nova doesn’t know the costs of this technology that’s taken the world by storm. Kade runs a secret vlog cataloging real experiences, is always on the move, and is strangely afraid of Nova—even though she feels more comfortable with him than she ever has with anyone. Suddenly there are things Nova can’t stop noticing: the way her parents don’t meet her eyes anymore, the questions no one wants her to ask, and the relentless feeling that there’s something she’s forgotten…

Sacha Wunsch grew up dividing her time between the family farm in Canada and traveling to numerous fictional worlds. She was a bookseller before discovering her love of writing mind-twisty novels – which has proved an excellent job since she gets to blame all the TV she watches on her love of storytelling. She now splits her time between the city and the lake, and still travels to made-up worlds as often as she can.

The platform was a hundred and fifty feet up.
I tried not to look down.
I hadn’t even known I was afraid of heights until the moment I stood up there.
The stranger came up to me, grinning. “You’re going to love it,” he said.
I swallowed.
My entire body was sweating, most notably my palms, slipping as I tried to grip the safety harness.
Was I really going to do this?
No. I was going to get unclipped, turn around, and simply climb back down what felt like the millions of stairs stretching below me.
And then, just as I started to turn, someone pushed me off the platform.
I screamed as I dropped, nothing but air beneath me.
And then… I started to glide.
The scream kept coming a few seconds more, but my heart did a flip before it could reach my mind. I was soaring. Over the treetops. Whizzing along the zip line at high speeds. It was the best thing I had ever felt.
I had never been this free. Which made sense, I was essentially flying, after all.
Giggling was very much not in my nature, but there I was, giggling anyway. I closed my eyes to get a better sense of the wind on my face, but when the sweet scent of fresh-blooming flowers greeted me, I opened them again. Sure enough, the trees several yards below my feet were blooming some kind of large purple flower.
I sucked in a breath, wishing I could inhale the whole scene, wanting to appreciate it as much as I could—savor it—knowing it wouldn’t last forever, and landed gently on the other side.
I did not have to be pushed off the second platform—barely able to wait my turn to jump again. I soared from platform to platform, wishing nothing more than for this to go on forever, grinning all the way, and realizing only at the last second that the final landing platform wasn’t a platform at all, but a deep, cooling pool.
I sucked in a breath, and with a final burst of adrenaline, I splashed into the crystal-clear water.

“Come on, open it,” Mom said, her smiling beaming.
I held the small, beautifully wrapped box, unable to imagine what it was. My parents knew I wasn’t really that into jewelry, and neither were they really, but what else could be in such a small box?
I tore into it and flipped the lid open.
Which confused me even more. It wasn’t a ring or a pendant, just a small metal disk.
Dad sensed my confusion. “Give it a second,” he said, beaming even brighter than Mom.
In a blink, a form emerged, a hologram above the disk. There was no sound, but it looked like the person in the hologram was gliding through the tops of trees high in the air.
“This is…really cool,” I said, and meant it, but couldn’t help but feel like I was missing something.
Mom was practically bouncing on the couch. “We wanted to do something special for your birthday.”
“Thank you” was all I could really think to say. The disk was pretty cool, but what the hell was with their enthusiasm?
“You’re welcome Nova,” Dad said. “But this isn’t the whole thing. It’s the experience of it that’s the real gift.”
“The experience of it?”
Mom had gotten up and gone to the desk by the front door. She picked up another box, this one unwrapped, and pulled something from inside.
“Here, you put this on,” she said, handing me a clunky set of headphones plugged into a small handheld device about the size of a phone.
“The disk goes in there,” Dad said, and showed me how to open it, setting my new present inside.
And then I experienced my first ever zip line.

As the experience ended, I blinked my eyes open, a hundred percent sure I’d be soaking wet, but I was sitting right back in my living room. The sensation was a bit disorienting, but my parents were staring at me like they were about to explode.
“What was that?” I asked, grabbing the hem of my shirt, which I couldn’t quite comprehend being dry.
“That was Enhanced Memory,” Dad said, but the look on his face said so much more—like if he’d had feathers, they’d be plumaged out like the most badass peacock of the bunch.
“What did you think?” Mom asked, clasping her hands like she had so much energy whizzing through her body she had to do something to hold it in.
“Well obviously it was amazing, but by the way you two are acting, you already know that.” I couldn’t help but grin. They were just so cute sitting there all proud of themselves. “But seriously, what is this? What is Enhanced Memory?”
I’d seen 3D movies and had even tried virtual reality once, but this was way beyond either of those. This was next level.
“It’s simple,” Dad said. “The headphones are equipped with dozens of…well, let’s call them electrodes for sake of ease, though really, they’re more advanced than that.”
“Okay,” I said, mostly with him still, although knowing Dad it wouldn’t be long until the science-y droning took hold and steered him right off the layman’s term trail.
“And these,” he said, taking the disk out of the machine and holding it up, “are Memories.”
“Memories.”
Mom nodded. “We discovered a way to extract memories and reproduce them.”
“Wait, you guys created this?”
Mom nodded, her smile huge and eyes wide. “This is what we’ve been working toward all these years.”
My mouth dropped open. I knew my parents had been working on some kind of project for a long time, but I guess I hadn’t really been that interested in what it was.
Mom laughed at my stunned expression while Dad came over to give me one of his signature kisses on the top of my head.
“Happy birthday, sweetheart,” Mom said, beaming.
I mean, they were scientists and science was basically the last thing I wanted to pay attention to, so I never really asked many questions.
But this was way beyond science. This was…actually kind of awesome.
A smile crept across my face. I couldn’t wait to try it again.