Thank you to Inkyard Press for hosting this blog tour! I was so excited for this book, I couldn’t believe I was getting a chance to read it early. If you haven’t heard of The Keeper of Night, you absolutely need to check it out, it is phenomenal!

I received an e-ARC from Inkyard Press and NetGalley in exchange for a review. This is a spoiler free, honest review and all thoughts and feelings are my own. 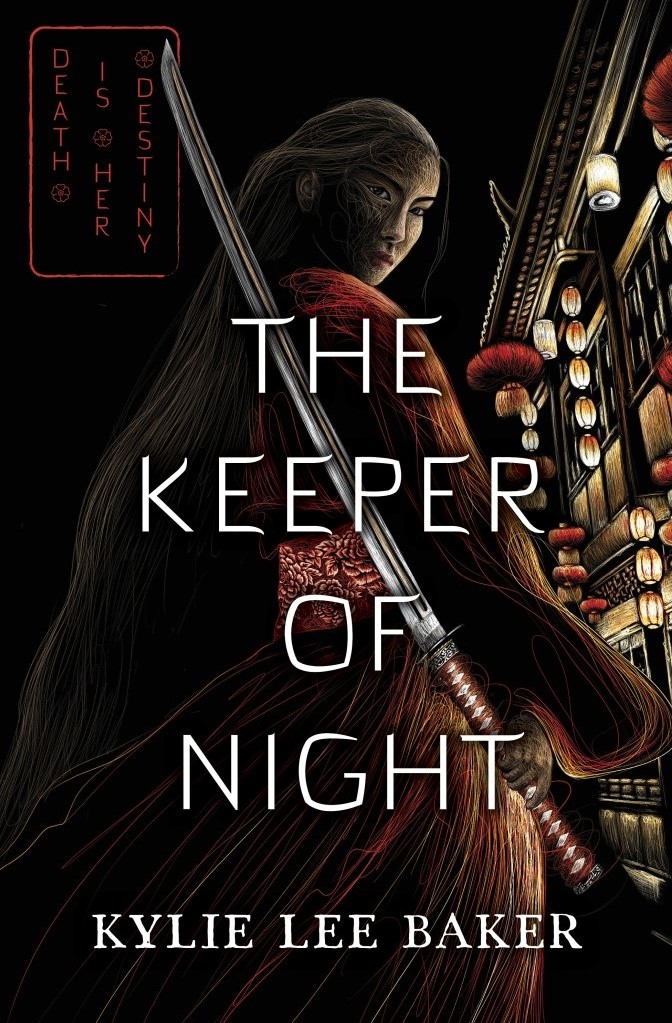 Death is her destiny.

Half British Reaper, half Japanese Shinigami, Ren Scarborough has been collecting souls in the London streets for centuries. Expected to obey the harsh hierarchy of the Reapers who despise her, Ren conceals her emotions and avoids her tormentors as best she can.

When her failure to control her Shinigami abilities drives Ren out of London, she flees to Japan to seek the acceptance she’s never gotten from her fellow Reapers. Accompanied by her younger brother, the only being on earth to care for her, Ren enters the Japanese underworld to serve the Goddess of Death… only to learn that here, too, she must prove herself worthy. Determined to earn respect, Ren accepts an impossible task—find and eliminate three dangerous Yokai demons—and learns how far she’ll go to claim her place at Death’s side.

The book is a rarity. There were no lagging parts, no content that felt unnecessary or slow, nothing but pure adrenaline and chaos. And I loved every minute of it. From the get go, this book held me by my throat, freezing me in time while I read, only to rip my soul out at the very end. Words cannot describe how much I loved this book and how desperate I am for the sequel.

Ren is an anti-hero. She is not a good person, nor does she try to be, though her brother Neven is the sweetest being in the entire universe! The dichotomy between these two siblings was excellent. Where Ren is cool, Neven is warmth. One is darkness, the other light. But though they are so different, they love each other and it just warms my heart. Neven is like a loyal puppy dog, following behind Ren, ready to go with her and protect her at any cost. Though, I feel like he would do that with any innocent person.

Then we have Hiro – an outcasted Shinigami, now a fishing spirit, who agrees to help Ren and Neven with their three impossible tasks. Hiro is a little strange, though all those who work with Death tend to be. He makes inappropriate jokes and isn’t afraid to get his hands dirty, especially for Ren. It was hard not to like him and start to fall for him like Ren did. He was a great addition to the team and helped bridge the gap in Ren’s knowledge about Japan and its legends.

And speaking of legends, the mythology in this book was amazing. I am not well versed at all with Japanese mythology, but I loved getting to learn about it. The different kinds of Yokai and their stories. The creation of the world and its gods. Set in the 1800’s, we see Japan after it reopens its borders to the world for the first time in decades. I knew a little bit about the isolation and why it happened, but getting to learn more about it through Ren and her travels was really cool. I’m a total history nerd, so this was a fun book for me to get to learn more about Japan and a snippet of its broad history.

I could go on and on about this book. I loved every second of it! Ren’s journey is unlike anything I’ve ever read and I loved the fact she wasn’t some heroic person, or even a person who must become a hero. She does this for her own selfish reasons to become the thing we all fear the most: Death.

Kylie Lee Baker grew up in Boston and has since lived in Atlanta, Salamanca, and Seoul. Her writing is informed by her heritage (Japanese, Chinese, and Irish), as well as her experiences living abroad as both a student and teacher. She has a B.A. in Creative Writing and Spanish from Emory University and is currently pursuing a Master of Library and Information Science degree at Simmons University. In her free time, she watches horror movies, plays the cello, and bakes too many cookies. The Keeper of Night is her debut novel.

One thought on “Review: The Keeper of Night”