I requested this book on NetGalley solely because of the cover. I didn’t even need to read the synopsis; I saw this beautiful cover, requested it, and hoped for the best!

And oh my gosh this book was so good!

I received an e-ARC of this book from the publisher and NetGalley in exchange for my review. This is a spoiler free, honest review and all thoughts and feelings are my own. 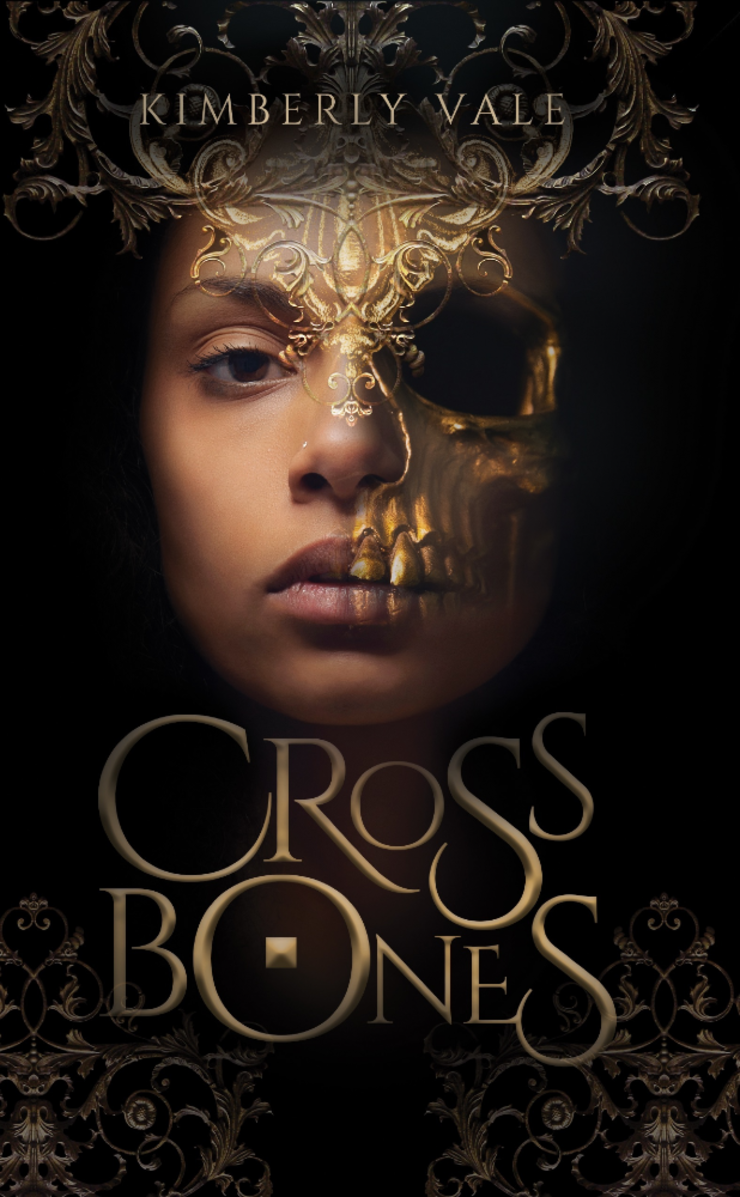 The Blood Bell tolls, marking the death of the pirate king and the start of the Trials—a heart-stopping competition where the reward is the Bone Crown. Only one contender can claim the coveted island throne; each will gamble life and limb to win.

Captain. Sister. Maiden.
Csilla Abado yearns to prove her strength to the seasoned pirates who balk at her youth and to her elder sister who has always craved Csilla’s captainship. She will risk everything to become the first pirate queen, no matter the cost.

Dealer. Son. Legacy.
Kane Blackwater wants to leave behind the dirty gold and shady trades he’s made to keep his father’s ship, the Iron Jewel, alive. The Trials represent a new beginning—yet rumors of a secret heir are swirling, threatening his hopes of becoming the pirate king.

Stowaway. Daughter. Storm.
Lorelei Penny longs for nothing more than to avenge her mother’s death. Stowing away on the Iron Jewel was supposed to get her closer to the killer, but instead she finds herself caught up in the deadly battle where loyalty and desire collide.

Csilla. Kane. Lorelei. Each on a mission. The sea, however, has other plans. Dark tides are rising, and if they aren’t careful, they’ll surely drown.

I could make this review really short by just screaming GO READ THIS BOOK!

This is a pirate lovers dream – we have pirates (obviously), magic, found family trope, family vs. family, and so much more. I really loved how this book started, though it shocked me a little bit. I didn’t expect to jump right into someone’s hanging, but we did, and it was intense! Csilla is tried for her crimes of being a pirate and for that, she must hang. We get Csilla’s hopes that the rope will simply break her neck rather than choke her to death, which I read with wide eyes, and the hope that someone from her crew would save her. Like I said, intense!

Alternating between Csilla, Kane, and Lorelei’s points of view was really nice, though occasionally inconsistent. I love multiple POVs and Csilla’s strength paired with Kane’s anxiety and Lorelei’s quest for revenge is just such a good mix! Especially with all the moving parts going on behind the scenes.

In terms of plot, I loved how the story progressed. But, truth be told, I wasn’t a fan of one specific thing at the end. I won’t spoil it because this is a spoiler free review, but let’s just say it’s very deus-ex-machina-esque. Which is a trope that I genuinely hate, so I wasn’t a big fan of that. But everything else leading up to that moment was so well done! And the final scene of the book made the journey worth it. It was a great way to end the book.

I can’t go too in depth with favorite scenes or moments for me because it’s all spoilers, but I will say that the relationships between characters, how they change and grow, was perfect, especially regarding Csilla. I loved her character growth and how she overcame her challenges, both physically and emotionally.

Overall, read this book! If you like pirates, if you like adventure, twists and turns, and lots of humor, then you will love this book! I’ve already starting hounding my friends to read it because I need people to talk to about it.

If you like books with pirates, check out some of my favorites! I’ve linked my spoiler free reviews to them (if available), so feel free to check those out too!

Seafire by Natalie C. Parker
Daughter of the Pirate King by Tricia Levenseller
In Deeper Waters by F.T. Luken
A Touch of Gold by Annie Sullivan
Fable by Adrienne Young

One thought on “Review: Crossbones”