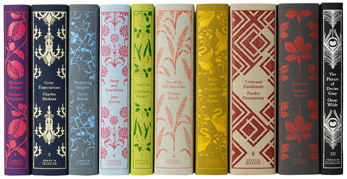 I’m back with another book tag that I found on Whispering Stories blog and this one is really cool! I love history and historical fiction, so mixing them into a book tag is a really, really fun idea! I had a lot of fun with this tag, so I hope you enjoy!

After her father, Henry I, died naming her his heir, Matilda’s cousin, Stephen, subsequently took the throne for himself. Matilda never stopped fighting for what was rightfully hers. Though she would never be named Queen of England in her own right, she was able to convince Stephen to name her son, the future Henry II, his successor over his own children.

Choose a book with a protagonist who stands their ground.

Tessa from Defy the Night for sure is a character who stands her ground. Does she have moments where she’s not sure if her actions are right or if she should rethink her plans? Absolutely. But when it comes down to her morals and what she believes in, she never waivers on that. Same with Wes, who knows that doing this to help the people could get them both killed, but goes through with it anyways. I feel like all of Brigid’s characters fall into this mold too, now that I think about it. Characters from A Curse so Dark and Lonely could also totally fit this mold!

Before she married Henry II and became Queen of England in 1152, Eleanor was Queen of France as the wife of Louis VII. She sought an annulment from her marriage to Louis, and he eventually agreed because 15 years of marriage had produced no sons, only for Eleanor to go on to have eight children with Henry—five of whom were sons. Ouch!

Choose a book or series in which the heroine has more than one romantic relationship.

I recently posted my review for this book, so you can find more of my thoughts there, but Zetian from Iron Widow is amazing! And one of the cool things about her character is that she thankfully doesn’t have to choose which man she prefers, (though I remember her saying something about being interested in women too) because this book has a polyamorous relationship. I’ve never read a YA book with polyamory so this was a bit of a surprise! I was so sure she was going to have to make a choice between the two men she loved but no, she gets to have them both. Talk about the ultimate love triangle!

A keen patron of literature and a successful businesswoman in her own right, Eleanor was Edward I’s first wife. He was so heartbroken when she died that he erected the Eleanor Crosses, twelve stone crosses marking the places where her body rested overnight on its journey from Lincolnshire, where she died, to her burial place in London. Three of the crosses still survive today.

Talk about bittersweet – this book (Soulswift), especially the ending, is bittersweet and absolutely heartbreaking! The entire book was just problem and turmoil and emotions after the other and in the end, I was so upset. No spoilers, but you go through this whole journey for it to basically end in a way that nobody is happy. Why can’t characters live happily ever after? Or just, kinda-happily-ever-after? The journey is so good, but just prepare yourself for the end because I was not ready and neither were my friends who’ve read this book. I’m still mopping up our tears lol

Often known as the ‘She-Wolf of France’, Isabella was Edward II’s wife. Unfortunately for Edward, he wasn’t particularly good at being king, and Isabella soon grew tired of his (possibly homosexual) relationship with his favorite, Hugh Despenser. After she began an affair with English nobleman Roger Mortimer while on a diplomatic mission to France, the pair returned to England with an army and she deposed Edward and acted as regent until their son, the future Edward III, came of age.

Choose a book where the romance overtook the plot.

Honestly, this entire series in general has this, but I was specifically thinking about A Court of Mist and Fury and A Court of Silver Flames. If you’re not a fan of romance or you want plot heavy books, you probably won’t like the ACOTAR series. It’s all very character driven, primarily character romance driven, with some plot sprinkled in. Not that the plot isn’t good, because I’ve obviously loved reading these books, but this is very romance heavy and it 100% takes over the plot. I couldn’t tell you a single thing that happened in the first book plot wise because I was just freaking out over Feyre and Tamlin.

Queen of England as the wife of Edward III, Philippa was beloved by the English people for her compassion and kindness. The Queen’s College, Oxford, founded in 1341, is named in her honor.

Choose a book set at a university.

I can’t think of any other books set in college that I’ve read, most are in high school or boarding school, so this one was a really hard one for me to figure out. But then I realized that while Bree is only 16 in Legendborn, she’s in a program through her high school that lets her attend classes and live on campus at the University of North Carolina (UNC) – Chapel Hill. Set on the grounds of this university/college, we get to see a mix of Bree’s classes (a little) and the secret Arthurian society Bree finds tasked to fights demons. It’s less academic and more fantastical, but it’s so so good!

Joan was Henry IV’s second wife. Six years after his death, Joan was accused of attempting to poison her stepson, Henry V, through witchcraft and was imprisoned for four years until he ordered her release, just six weeks before he suddenly died.

Choose a book about witches.

I’ve read a lot of books (especially recently) that has witches or is about witches, so I’m going to go with the most recent one.The Witch Haven is set in 1910’s NYC and is about a girl named Frances who finds herself with magic and taken by force to a school for witches, posing as a sanitorium, in order to prevent her from having to be investigated for a murder she committed (though it was totally self defense). There’s historical fiction, murder mystery, magic, and romance all bundled up into this book and I think this is a standalone, but I really hope there’s a sequel because it’s so good. I would honestly love to see different generations at Haxahaven so we get different time periods and different mysteries all around!

I’m tagging Alexa @ Writing the Universe to do this tag, but if you decide to do this one, feel free to tag me so I can see your responses! This was a lot of fun to do and I can’t wait to read other people’s answers to these prompts!

Like book tags? Check out some of the other tags I’ve done recently!