Another day, another thriller novel review! But this one is just thriller, no paranormal/fantasy thriller today. I know, you’re so sad! I promise you though – this book is so good. And terrifying. I was dumb enough to read this late into the night and ended up finishing it at 2am. Yeah, not a great idea. But I can definitely say that this book will creep you out and scare the heck out of you. So, let’s dive in!

Thank you to Penguin Teen and NetGalley for providing me with an e-ARC for review! This is an honest, spoiler free review and all thoughts and feelings are my own. 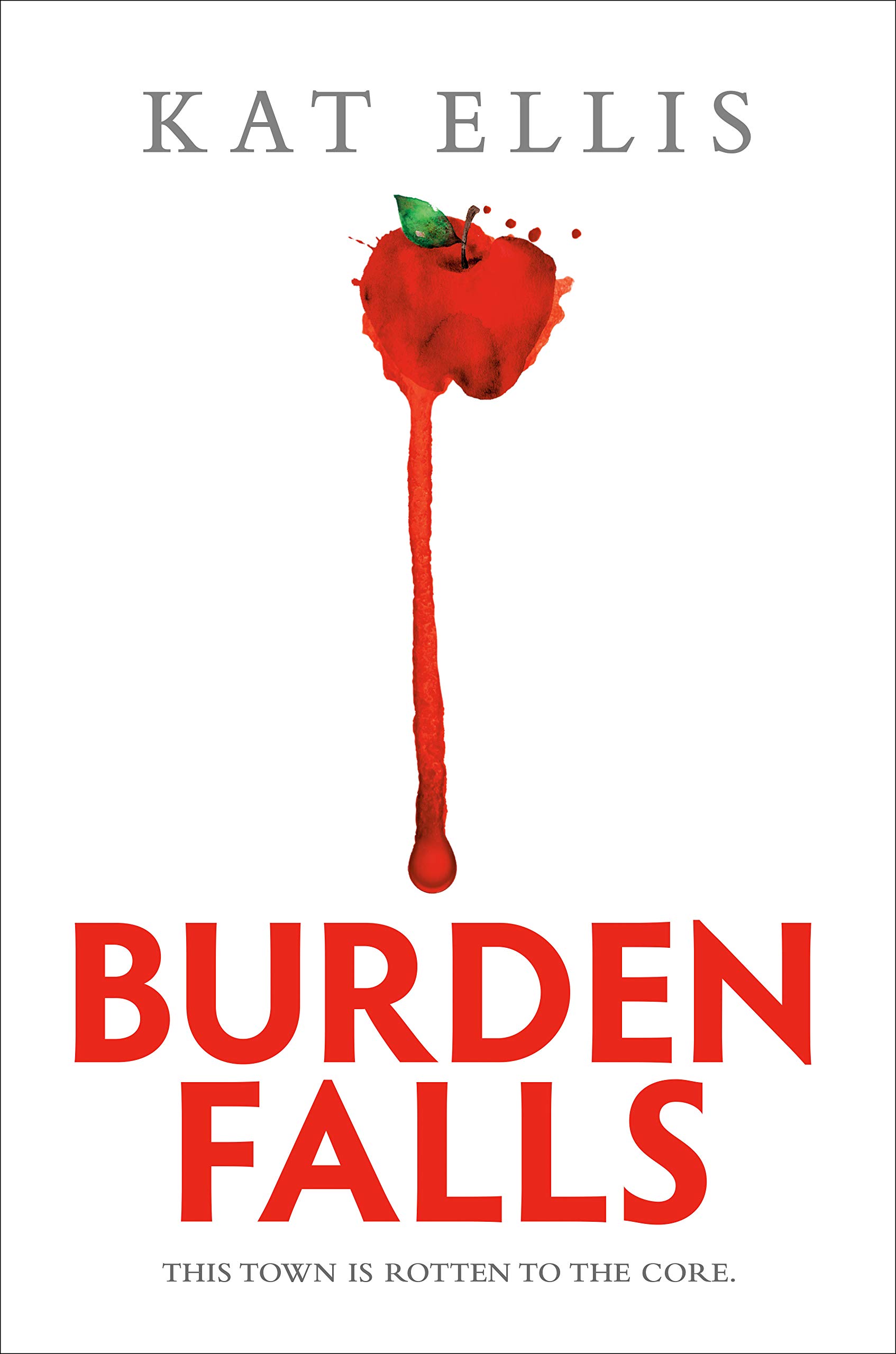 Riverdale meets Stephen King in the terrifying new thriller from the author of Harrow Lake.

The town of Burden Falls drips with superstition, from rumors of its cursed waterfall to Dead-Eyed Sadie, the disturbing specter who haunts it. Ava Thorn grew up right beside the falls, and since a horrific accident killed her parents a year ago, she’s been plagued by nightmares in which Sadie comes calling—nightmares so chilling, Ava feels as if she’ll never wake up. But when someone close to Ava is brutally murdered and she’s the primary suspect, she begins to wonder if the stories might be more than legends—and if the ghost haunting her dreams might be terrifyingly real. Whatever secrets Burden Falls is hiding, there’s a killer on the loose . . . with a vendetta against the Thorns.

Starting off, I feel so bad for Ava. This book opens up just under a year after her parents died in a horrific car accident and Ava’s Uncle Ty is selling the family home to pay off debts. And the worst part? The house is being sold to the Miller family – the same family Ava has had a feud with for years and whose father killed her parents.

Moving out of the manor and into a new home is stressful, especially since Ava is giving up the last pieces of her parents by moving. And to add to the stress, she painted a mural of the family history, including her parents car accident, as a therapeutic release to get out her feelings instead of journaling. Mortified that her nemesis, Freya, and her older brother, Dominic, were going to see the mural, Ava does the only thing she can think and sneak onto the land to paint over it. There, she finds out her best friend, Ford, has begun hanging out with the Miller siblings – an ultimate betrayal for Ava.

There’s a lot of layers to this book. We have Ava’s grief over the loss of her parents and her home. We also have her best friend, Ford, acting like a total jerk to her. Freya is being mean as always, rubbing it in that they’re now living in her old home, and creepy stuff starts happening in town. A lot is going on!

Plus, when someone she knows is brutally murdered, she’s now the prime suspect. Poor Ava can’t catch a break!

Looking at the plot, I loved how the story progressed. We go from moving, to upset about the Miller family moving in, to a dead body found, to her parents death anniversary, to more murders, to ghosts possibly haunting her, and it gets even wilder from there! The way that Ava slowly starts to lose her mind, seeing Dead-Eyed Sadie around town (or thinking she does), and other weird things happening, this book got creepy fast. I mean, I would freak out too if I saw a girl with gouged out eyes following me around. It’s unclear whether these murders are supernatural or not, and poor Ava is stuck in the middle of finding it out.

One thing I didn’t like though, were Ava’s friends. All of them were kind of awful, in their own ways. Ford was very manipulative and would treat Ava poorly, then do something nice to get her to forgive him. Daphne and Carla, her other two friends, seem to really down play Ava’s feelings. While they’re both the rational ones, Carla more so than Daphne, it still seemed pretty rude that Ava would come to them upset or scared of what they saw and they would be like “it’s no big deal. stop worrying about it” – like huh?? Why are they the judges of what is acceptable to be scared or upset about? They kind of irritated me.

The only character I liked, besides Ava and even then I had some issues with her character, was Dominic. He seemed like a nice guy who wasn’t outright mean or rude to Ava, just supporting his younger sister, and he minded his business. While Ava felt like he was a stuck up asshole at first, when we actually get to know him, he’s really the opposite. Especially compared to Ford or Freya’s other friends.

And then we have the horror aspect. I’m not gonna lie, this was a 10 // 10 for me! There are some really creepy and gruesome moments, both supernaturally and in the real world. I felt so bad for Ava for some of the dreams and visions that she had, because if I saw these things, I would have lost my mind. By the end, I kind of guessed what was going on and then a wrench was thrown in that and I had a total “what the heck!?” moment! So, so good and I absolutely recommend if you like thrillers!

If this book sounds good, you’ll love A Lesson in Vengeance by Victoria Lee! Feel free to check out my spoiler free review here!

One thought on “Review: Burden Falls”