I managed to snag an ARC of Goddess in the Machine at YALLFest 2019 with my friend Grace and I really liked it! It was hard to get into at first with the changes in vocab and syntax from the futuristic characters, but once I got the hang of things, I was so excited for the story.

Thank you to Penguin Teen for sending me an e-ARC and a finished copy of the sequel, Devil in the Device, for review! This is a spoiler free, honest review and all thoughts and feelings are my own.

***This may contain spoilers for the first book, Goddess in the Machine. If you’ve not read the first book, feel free to check out my spoiler free review here, or proceed at your own risk! 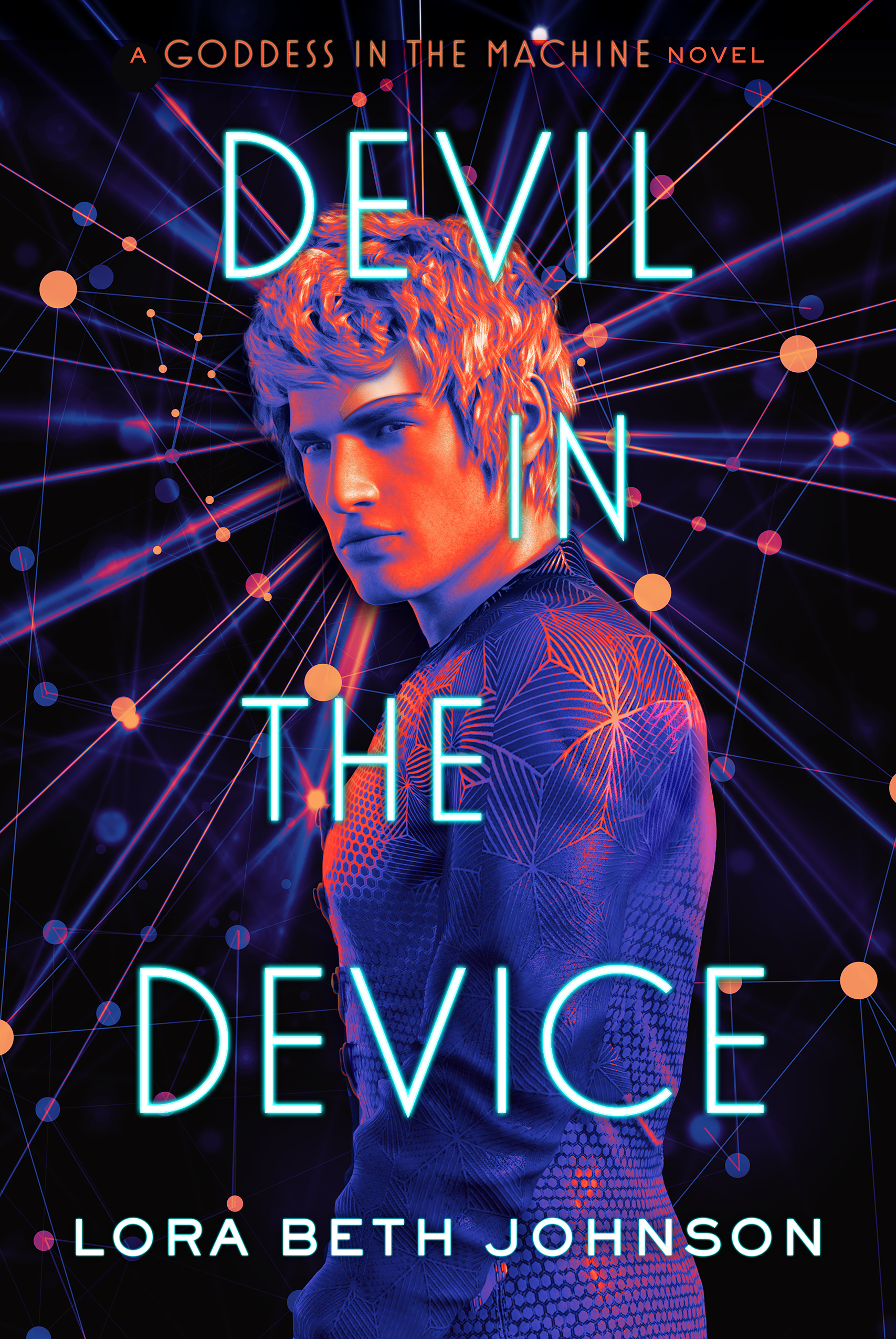 The thrilling, much-anticipated conclusion to Lora Beth Johnson’s Goddess in the Machine duology.

He’s still getting used to wearing Maret’s face, but he can’t deny that the influence it affords him has its perks. But when the magic of Eerensed starts to turn deadly, Zhade must master the Crown if he’s going to save his people, and Tsurina’s destructive plans for Eerensed aren’t going to make that easy. Worse, he’s starting to see her point.

Meanwhile, Andra is in hiding.

Assumed dead by the people of Eerensed, she must stay underground if she’s going to live long enough to build the rocket that will finally save the colonists from this dying planet. But when Andra hears voices urging her to destroy everything, she starts to dig deeper into her subconcious. What she finds leads her to question whether she’s destined to be a savior after all.

Battling the dangerous forces buried within their minds, can Andra and Zhade truly decide their own fates? They must find a way to work together before two power-hungry leaders and a deadly swarm of rogue technology destroy humanity for good.

Picking up nearish where we left off, it’s been revealed that Andra is an AI (artificial intelligence) and is in hiding, Zhade has taken over and taken Maret’s face, Maret is currently imprisoned, and we have found the second goddess – Rashmi – and all the colonists.

The ending of book one sent me into a spiral. Goddess in the Machine was a really good book, but it has a learning curve. We have a revised English language with new words and different grammar and it can be hard to get into. Once I started to get the hang of things, I thought it was kind of cool. I had to kind of reacquaint myself with book two, just because I hadn’t read the first book in over a year, but it was much easier for me to get into it this time.

We have so many new layers to this story that all kind of build on top of each other. I would seriously recommend reading book one again before reading book two, because I forgot like everything that happened in the first book and almost all of the characters. I have bad memory when it comes to books, so that’s not unusual for me, but it definitely made things harder jumping in since we pick up right where we left off.

As we’re gliding through the story, so much happens! I honestly couldn’t believe that so much happens in this book without feeling rushed or jumbled. The structure and plot progression was paced so perfectly, even though there was a lot going on, it was really easy to follow along.

As Andra is dealing with her revelation and working to save the human race, Zhade is just trying to stay alive. Pretending to be Maret isn’t easy, especially when he doesn’t know how to use the Crown. And, while he’s trying to figure out how to use it, the angels and other magic starts turning on their owners. People are being murdered by their tech and Zhade can’t stop it from happening. One thing I liked about this book is we finally get some backstory on the Crown, Tsurina, and Maret – we got some backstory on them in the last book, but we get a more rounded out image and more understanding on the two of them and their background.

If you are someone who doesn’t like several plot twists in one book, you’re not going to like this book. It’s one twist after another and all of these revelations just made my head spin! In a good way. By the end of this book, and the epilogue especially, I’m desperate for another book. A spin off. Something to continue this story line and what happens after … everything.

It sucks because there’s so much more I want to say, but I can’t, because it’s all spoilers! Like so many spoilers! So instead, I leave you with this:

If you like earth destroying, end of the human race, science fiction madness, sprinkled with an electric, forbidden romance – then you will love this ending, and the sequel of Goddess in the Machine: Devil in the Device!

So, if you’ve read Goddess in the Machine and want to know what happens next, then pick up Devil in the Device! You will not expect ANYTHING that happens in this book, I promise you! Enjoy!

For more science fiction, end of the world madness with unexpected twists – check out some of these amazing books! Reviews are linked for each of them, so if you want more information or my thoughts on each of these, you can read them below!

One thought on “Review: Devil in the Device”