I am so excited to be able to participate in the blog tour for Mark of the Wicked by Georgia Bowers, hosted by TBR & Beyond Tours!

This book was everything I want in a paranormal thriller: death, doom, and destruction! I really enjoyed the story and while I wish some things were different, this review is spoiler free, so I won’t be touching on them today. But, I will share some thoughts I had while reading the book!

Be sure to check out the tour schedule for the other amazing posts on this tour!

Thank you to TBR & Beyond Tours and Swoon Reads for providing me with an e-ARC through NetGalley. This is an honest, spoiler free review and all thoughts and feelings are my own. 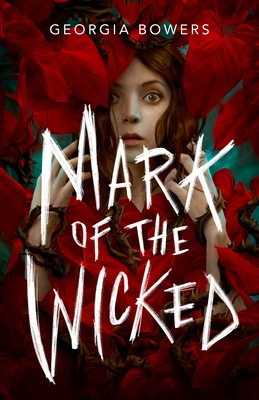 A young witch tries to unravel the mystery of who is framing her for dark magic in Georgia Bowers’ creepy YA debut fantasy, Mark of the Wicked.

All her life, Matilda has been told one thing about her magic: You use only when necessary. But Matilda isn’t interested in being a good witch. She wants revenge and popularity, and to live her life free of consequences, free of the scars that dark magic leaves on her face as a reminder of her misdeeds.

When a spell goes awry and the new boy at school catches her in the act, Matilda thinks her secret might be out. But far from being afraid, Oliver already knows about her magic – and he wants to learn more. As Oliver and Matilda grow closer, bizarre things begin to happen: Animals show up with their throats slashed and odd markings carved into their bodies, a young girl dies mysteriously, and everyone blames Matilda. But she isn’t responsible — at least, not that she can remember. As her magic begins to spin out of control, Matilda must decide for herself what makes a good witch, and discover the truth…before anyone else turns up dead.

This is a rollercoaster ride disguised as a book. My thoughts and emotions reading this story went from highs to lows, left to right, and even went to a whole new dimension! Here are just some of the thoughts I had while reading this book.

15 Thoughts I Had While I Read Mark of the Wicked:

This story was so spooky and fun and it definitely takes a dark turn. Even darker than a girl dying mysteriously or animals having their throats slashed. It’s clear that something weird is going on and I found myself following the clues, trying to figure out what exactly was happening and who was doing it. There are a lot of fun things to read in this book and there are a lot of reasons to check it out! So here are some reasons you should read this book!

5 Reasons to Read Mark of the Wicked:

I hate when people say things like “Girl power!” but it’s the only way I can describe the feeling of comradery between Matilda and some friends she meets along the way. I love stories that don’t include mean girls, though this book kind of does because Matilda is mean. But she at least changes over the story and isn’t just mean to be mean, even if it seems she starts out that way.

This book was really fun and I enjoyed trying to figure out what was going on. Though, I do have some issues with the story. Most of my issues are major spoilers, so I’m going to leave it at this: certain plot points aren’t resolved by the end and it leaves me wondering why? I hate unresolved plot points in books and I feel like one of them is kind of big! There are a lot of questions I had at the end of this book that just left things feeling really unresolved and open ended, but not in a good way.

Overall, I liked the story, the vibes, the mystery, and the creepiness of this book. There are definitely darker themes to this book and some disturbing imagery, which makes this book perfect for spooky season! If you’re looking for a good paranormal thriller, I would definitely recommending checking out Mark of the Wicked!

Georgia Bowers lives in Bedford, a small market town in England. When it was time to decide what to do with her life, she was obsessed with two things: books and Buffy the Vampire Slayer. It seemed sensible to follow in the brogued footsteps of Rupert Giles, so she became a librarian, though sadly not the demon fighting kind. But there’s still time.

Ever since her mum told her that witches used to meet in the woods near their village, she’s been obsessed with witchcraft and the paranormal. When she was a teenager, a weekly habit of Point Horrors satisfied her thirst for chilling tales before she moved on to reading Stephen King. These days she likes to give her nerves a break every now and then with a good YA romance.

After completing a course in writing YA fiction she was a winner in the Society of Children’s Book Writers and Illustrators Undiscovered Voices. Since then she has dabbled with stories of chosen ones and ghostly best friends until she conjured up the magical ingredients for her debut novel, Mark Of The Wicked.

3 thoughts on “Review: Mark of the Wicked”