I have been alternating between fantasy and horror and this book is a little bit of both. I read this book in less than 24 hours and loved the overall vibes, though I was getting a little freaked out reading this book at night!

Thank you to Wednesday Books and NetGalley for providing me with a review copy in exchange for an honest review! 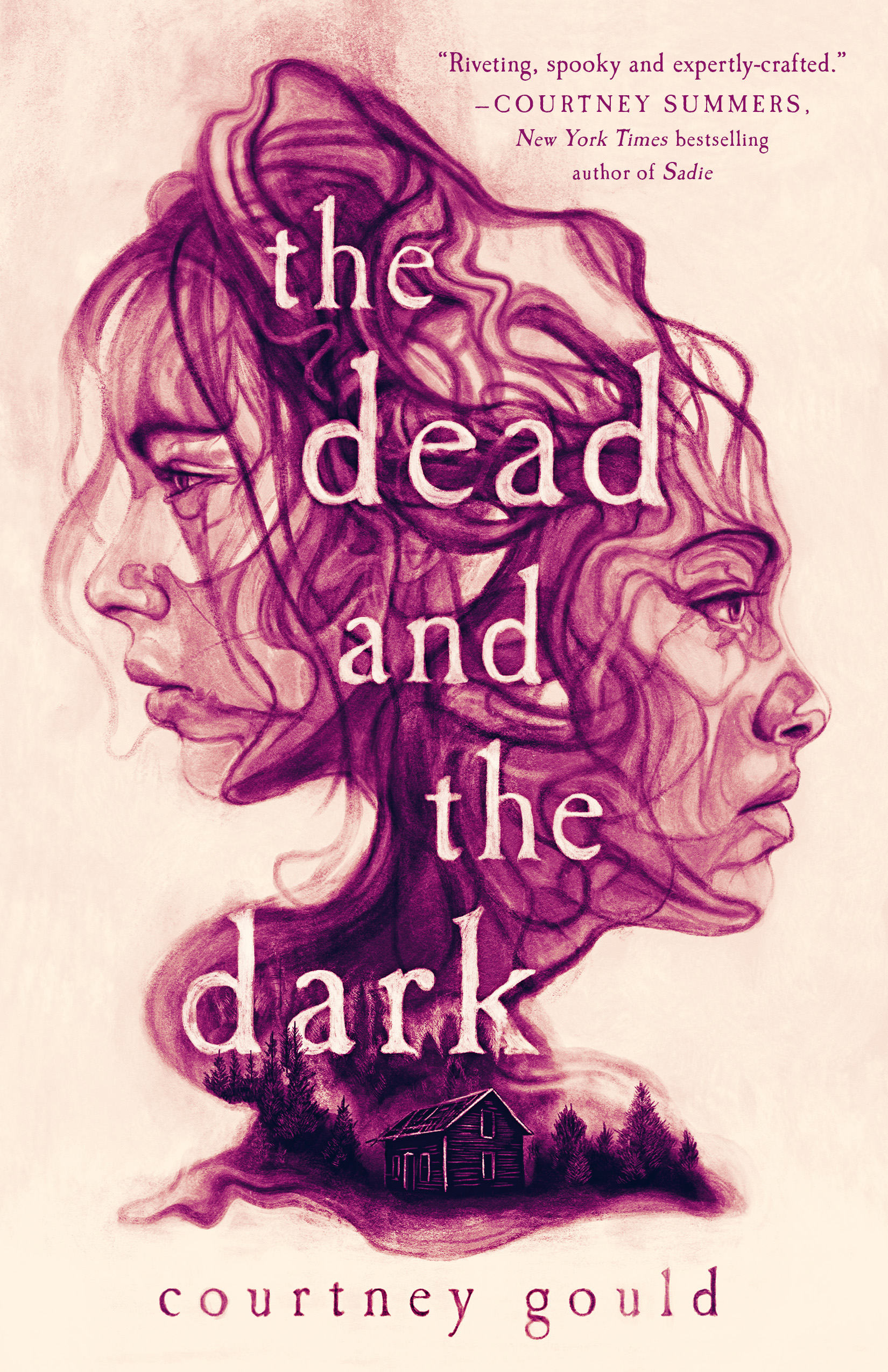 Courtney Gould’s thrilling debut The Dead and the Dark is about the things that lurk in dark corners, the parts of you that can’t remain hidden, and about finding home in places―and people―you didn’t expect.

The Dark has been waiting for far too long, and it won’t stay hidden any longer.

Something is wrong in Snakebite, Oregon. Teenagers are disappearing, some turning up dead, the weather isn’t normal, and all fingers seem to point to TV’s most popular ghost hunters who have just returned to town. Logan Ortiz-Woodley, daughter of TV’s ParaSpectors, has never been to Snakebite before, but the moment she and her dads arrive, she starts to get the feeling that there’s more secrets buried here than they originally let on.

Ashley Barton’s boyfriend was the first teen to go missing, and she’s felt his presence ever since. But now that the Ortiz-Woodleys are in town, his ghost is following her and the only person Ashley can trust is the mysterious Logan. When Ashley and Logan team up to figure out who—or what—is haunting Snakebite, their investigation reveals truths about the town, their families, and themselves that neither of them are ready for. As the danger intensifies, they realize that their growing feelings for each other could be a light in the darkness.

Spooky vibes. Small town drama. A murder mystery. This book captures that isolating feeling of loneliness as Logan and Ashley work together to find out who’s killing teens in this small town and what Logan’s father, Brandon, has to do with it.

As someone who has always grown up in the suburbs, near large cities, I can’t comment on the atmosphere of Snakebite. The small town in Oregon has less people than my high school graduating class and it creates a strong environment of knowing everyone and their business before it even happens. Which means poor Logan and her dads’ have to face the scrutiny and accusations of the town they’re trying to help.

The town thinks Brandon did it. Logan isn’t so sure. Ashley just wants to find her boyfriend, Tristan.

This book was really interesting and I liked the paranormal, spookiness that went along with it. Murder mysteries are creepy enough, especially in an isolated area, but add in a paranormal entity and I was finding myself uneasy reading this book at night. This whole book had a spooky vibe that I feel like would work really well during spooky/Halloween season.

And, along with the spooky, murder mystery, we also have the bigotry. Logan and her fathers’ all face harassment for being gay, including a hate crime, slurs, assault, and just general nastiness from the town. While it’s unclear to Logan why her fathers’ wanted to return to Snakebite, she has to go along for the ride and deal with the hate. Honestly, if it wasn’t for Ashley agreeing to work with Logan to find Tristan, poor Logan would remain pretty alone. Ashley isn’t accepting of the newcomers at first, but once she starts to spend time with Logan, it’s clear they work well together. And it’s clear she starts to like Logan…

This was a book in two parts: 1) the murder mystery and 2) learning acceptance and finding yourself. The two plots separately were good. Together, they were really good. I enjoyed watching everyone’s journey and growth while getting to solve a mystery. It made the book feel more rounded and I think we could all learn a few things from their journey. Though, my anger levels were getting pretty high during certain scenes.

Overall, to get to the point, I liked this book! I like Ashley and Logan’s story. I like the murder mystery plot. I like the spooky aspects and weird things going on behind the scenes. All together, this was a really cool story – one that I found myself absorbed in, wanting to know what was going on. If you like weird, spooky vibes and a whodunit plot line, this is a great book to pick up!

Want more spooky adventures? Check out Small Favors by Erin A. Craig. You can find my spoiler free review here!

4 thoughts on “Review: The Dead and the Dark”