Have you ever wondered what an Agatha Christie-inspired murder mystery would be like with an island full of influencers? Well, then this book is the one for you! With a bisexual main character and a lot of horrendous jokes, this book is such a middle of the road read for me, I can’t even explain it.

Thanks to Penguin Teen and NetGalley for providing me with an e-ARC of the book. This is an honest, spoiler free review and all thoughts and feelings are my own. 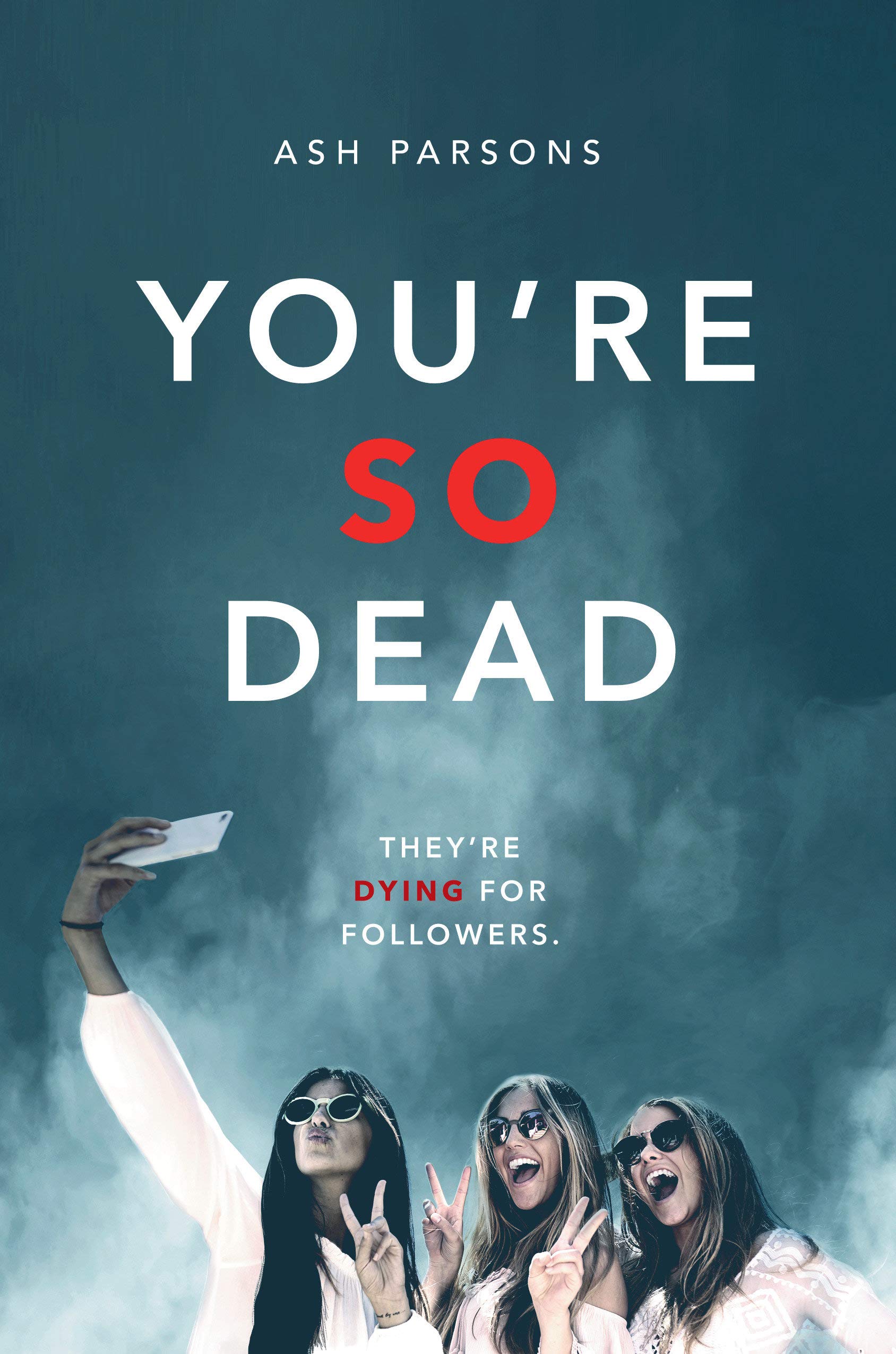 A hilarious Agatha Christie-inspired YA thriller-comedy about three best friends who sneak into an influencers-only festival event (gone wrong), only to discover a killer is in their midst–and they have to uncover the truth and solve the mystery before it’s too late. Perfect for fans of One of Us Is Lying and Truly Devious .

Plum Winter has always come in second to her sister, the unbelievably cool, famous influencer Peach Winter. And when Peach is invited to an all-expenses paid trip to a luxurious art and music festival for influencers on a private island in the Caribbean, Plum decides it’s finally her time to shine. So she intercepts the invite–and asks her two best friends Antonia and Marlowe to come along to the fest with her. It’ll be a spring break they’ll never forget.

But when Plum and her friends get to the island, it’s not anything like it seemed in the invite. The island is run-down, creepy, and there doesn’t even seem to be a festival–it’s just seven other quasi-celebrities and influencers, and none of the glitz and glamor she expected. Then people start to die…

Plum and her friends soon realize that someone has lured each of them to the “festival” to kill them. Someone has a vendetta against every person on the island–and no one is supposed to leave the island alive. So, together, Plum, Antonia, and Marlowe will do whatever it takes to unravel the mystery of the killer, and fight to save themselves and as many influencers as they can, before it’s too late.

From the get go, this book confused me. Not because of what was written, but how it was written. It was written like it was trying so hard to be marketable to gen z, but also too hard. The dialogue, the narrative, all of that was so weird and it didn’t flow very well. But then the actual events and plot of the book was so well written and good.

This book was such a conundrum that at one point I was considering DNFing it, but then it got good and I decided to keep going. I was very surprised to find myself at one point literally absorbed in the book and unable to put it down. I thought the actual writing would be so off putting, but it got better as the book went on and I could get through it.

Now, I’ve always been judgemental of authors who try too hard to make a book relatable to a certain generation or age group. Even as a child, adults trying to capture teen culture has definitely made me roll my eyes, which is why I don’t even try to understand their jokes and slang, because it’s really only relatable to them (For context, I’m 23 and technically Gen Z, but I’m a total cusper aka Zillenial). It was so clear that the author was making jokes that might be relatable to teens now, but then they kind of fell flat. It was pretty unbearable to read at times.

And the whole influencer plot line was good, until anyone opened their mouths and spoke. I don’t want to sound too harsh with this book, because ultimately I enjoyed the story, until the ending, but man some things were just not great.

The characters were all pretty one dimensional and spoke so weird. All of the dialogue was just … strange? I guess that’s the best word. And then you have the motivation for this whole fiasco in the first place.

No spoilers, but it did not make sense and I think it actually ruined the book for me in my opinion. Like this had so much potential to be so witty and funny and good, but it just wasn’t. I feel so mean for saying this, but the characters were ultimate flops. And this combination of a relatively good plot, good build up, excellent mystery, mixed with these one dimensional, lame characters was so disappointing.

And don’t get me started on the main character, Plum. While I love seeing bisexual main characters, something about the way Plum was written was annoying. Like she’s obviously in love with her best friend from the first page, but constantly denies it, then we get constant reminders through her goo-goo eyes that she’s in love with her friend. And I’m not a fan of that style of writing in general, so this isn’t an attack on the author, but I just thought that Plum’s constant need to be “seen” and in the spotlight, mixed with her denial of her feelings, and then obsession with her friend was a horrible mix. She was kind of annoying at times and it brought down the book even more.

Then we have the side characters, which I won’t even go into, because then we’ll be here all day. But in general, just annoying people and even the most “normal” people could come off so irritating. Yikes…

I don’t know, I have very mixed thoughts on this. Like I said – the plot and murder mystery itself were relatively good (though I hated the ending), but the characters kind of sucked. And the ending was so abrupt that I was actually mad the book ended because I felt like even one more paragraph would have made this story feel more complete than what we got.

Overall, I liked the story, but I had some majors issues with the characters and the ending. It was honestly so hard trying to rate this because on one hand I could say it was two stars and on another, I could say three and a half. So I’m gonna go with three for now, but might drop it to two and a half if I think about it more.

If you’ve read this book, let me know what you thought. Because I need to know if my feelings are valid or not.

If you want a good murder mystery thriller, check out Meme by Aaron Starmer!

2 thoughts on “Review: You’re So Dead”