I am a big thriller fan, but I’ve never been someone who could get into horror. While this isn’t Stephen King esque, it is pretty gruesome and intense and there were several moments that I had to take a break to calm my heart rate down. But this book was so fantastic that I could get past all of the horror elements because I had to know what was going on. The mystery of this world, of Sophia’s experience, and the disappearances on this island captivated me and I absolutely loved it!

I received an e-ARC of Our Last Echoes from Viking Books through NetGalley in exchange for an honest review. This is an honest, spoiler free review and all thoughts and feelings are my own. 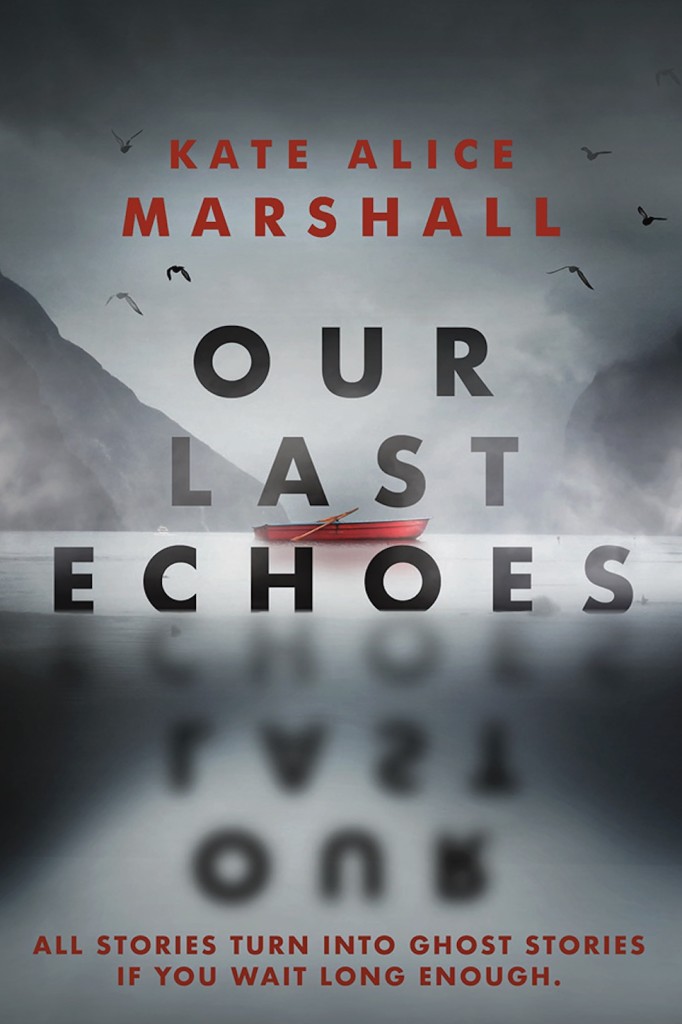 Kara Thomas meets Twin Peaks in this supernatural thriller about one girl’s hunt for the truth about her mother’s disappearance.

Sophia’s first memory is of drowning. She remembers the darkness of the water and the briny taste as it fills her throat. She remembers the cold shock of going under. She remembers her mother pulling her to safety before disappearing forever. But Sophia has never been in the ocean. And her mother died years ago in a hospital. Or so she has been told her whole life.

A series of clues have led Sophia to the island of Bitter Rock, Alaska, where she talked her way into a summer internship at the Landon Avian Research Center, the same center her mother worked at right before she died. There, she meets the disarmingly clever Liam, whose own mother runs the LARC, as well as Abby, who’s following a mystery of her own: a series of unexplained disappearances. People have been vanishing from Bitter Rock for decades, leaving only their ghostly echoes behind. When it looks like their two mysteries might be one and the same, Sophia vows to dig up the truth, no matter how many lies she has to tell along the way. Even if it leads her to a truth she may not want to face.

Our Last Echoes is an eerie collection of found documents and written confessionals, in the style of Rules for Vanishing, with supernatural twists that keep you questioning what is true and what is an illusion.

One thing I love about thrillers is the mix formatting. It’s not just prose showing us what’s going on, but interviews, old tapes, and other mediums coming together to build the story. Honestly, during the tape segments, I could vividly picture everything that was happening. I could see this book like a movie in my mind playing out as I’m reading and that’s probably why it terrified me so much.

Now, I’m a big scardy cat. I can’t watch horror movies because I am pretty meek with that and I will jump, scream, and cry during movies, if I haven’t already covered my eyes while watching. But with books I can’t look away and this one held me captive. Even some gruesome descriptions and images couldn’t turn me away from the story. And I honestly thought the horror element was so well done. It wasn’t over-kill, but it was suspenseful and it definitely freaked me out. I refused to read this book at night.

One thing I had trouble with at first was our main character Sophia. Sophia is pretty straightforward and emotionless. She doesn’t let herself get affected by things that make her sad or angry. She can control her emotions sometimes too well and it made her come across very cold and aloof. At first, I thought she was kind of a bitch. But the more I got to know her, the more I understand what was happening and sympathized with her. We really got to see her humanity when she was with Abby and Liam as they investigated what was going on.

And I loved Liam. I loved his accepting nature, to not look at Sophia with disgust or like she was a freak. He believed her when she confessed what was going on and didn’t discredit her. I loved how he balanced Sophia so well, letting her feel her emotions with him instead of shoving them away, being the cautious voice against her bravado. And Abby was also a good balance to Sophia – she forced her to keep going and be brave when she felt like she couldn’t. Abby was the catalyst for this whole thing and finally getting to meet the whirlwind girl made the trio complete.

Honestly this book was just so good. By the end, I was in astonishment and was so sad when there was nothing left to read. I didn’t see the ending coming and I want more. I hope we can get a sequel or spin off because I need more of these characters and more of this world.

Overall, love love love this book and I feel like I’m about to fall back into my thriller/horror phase again. This was just so well done and it’s great for anyone looking for a terrifying read. Highly recommend!

If this book sounds interesting, be sure to check out House of Hollow by Krystal Sutherland or The Bitterwine Oath by Hannah West!