Immediately after finishing Havenfall, I picked up Phoenix Flame and read it in one sitting. At just under 300 pages, I devoured this book to find out what happens next and now I’m curious if this series is a duology or a trilogy…

Thank you to Bloomsbury YA and NetGalley for an ARC of Phoenix Flame in exchange for an honest review. This is an honest, spoiler free review and all thoughts/feelings are my own. 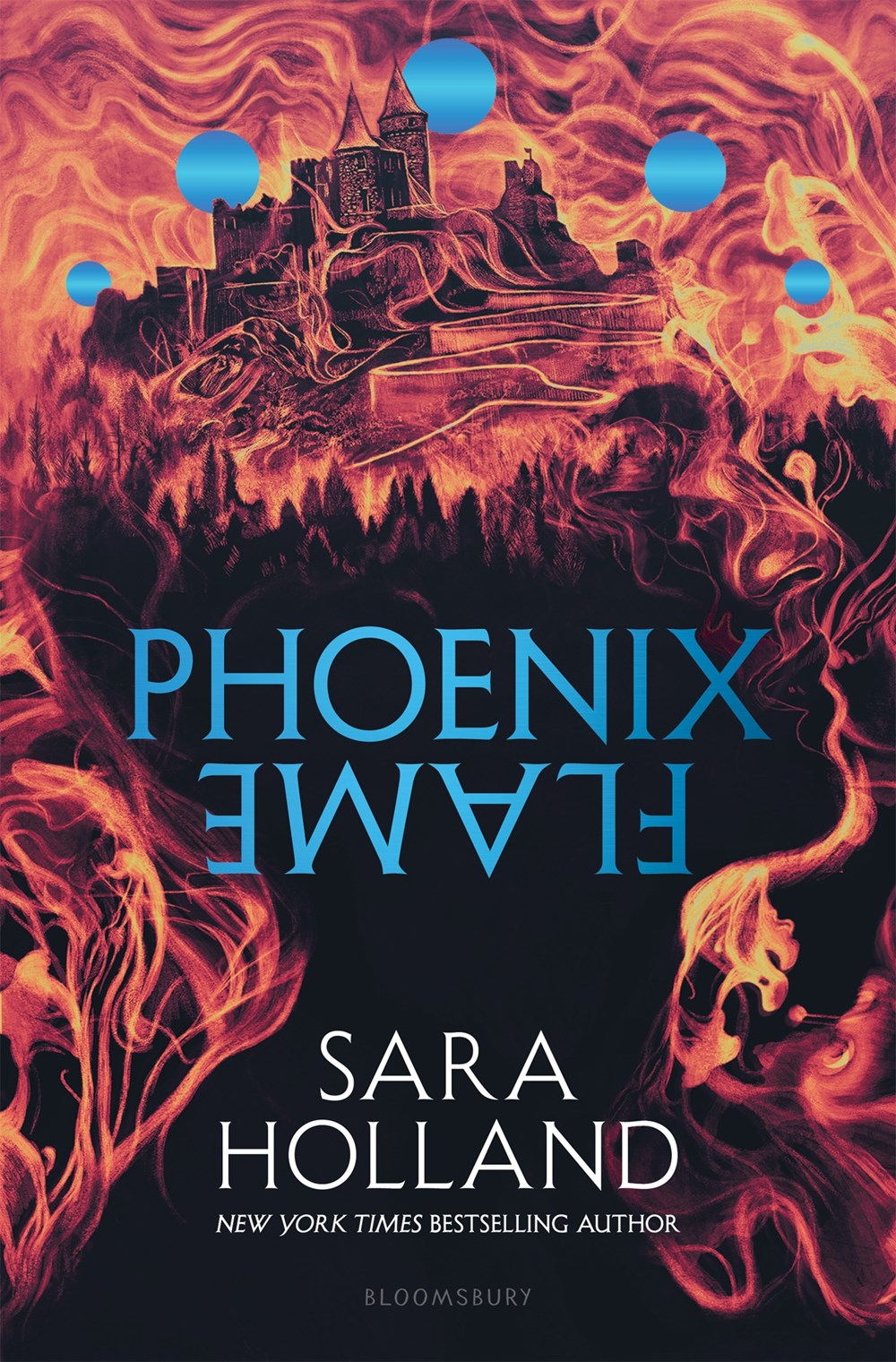 Bestselling author Sara Holland continues her blockbuster contemporary fantasy series about the Inn at Havenfall with this unforgettable sequel.

Maddie thought her problems were over. She saved the Inn at Havenfall—a sanctuary between magical worlds—from the evil Silver Prince. Her uncle the Innkeeper is recovering from a mysterious spell that left him not quite human. And there are still a few weeks of summer left to spend with her more-than-friend Brekken.
But there’s more work to be done to protect the Inn—Maddie must put an end to the black-market trading of magical objects and open the Inn’s doors to the once feared land of shapeshifters.

As she tries to accomplish both seemingly impossible tasks, Maddie uncovers secrets that could change everything. What if saving everyone means destroying the only home she’s known?

This next breathtaking fantasy from the bestselling author of Everless is perfect for fans of Melissa Albert and Holly Black.

After finishing Havenfall and knowing that there was a sequel, I wasn’t sure how this book series was going to continue. The ending for Havenfall had some loose strings, especially regarding the Silver Prince and Taya, but where to start? Well, for one, Marcus is back! I really wanted to have more time with him in the first book and I’m glad I finally get the chance. He seems like such a genuine person and I loved seeing him and Maddie interact.

Maddie seemed to also change a lot from the few weeks that have passed. It’s clear that the revelation of who her brother was is not only a game changer, but a big motivator for her to end the black market trading going on in Havenfall and around the universes.

One thing about this book though, and don’t hate me for saying this, is that it’s just not as good as Havenfall. For one, the plot moved really fast and also seemed to completely skip over large plot points. There were so many moments where I was reading and just thinking to myself that we completely skipped over a large piece of information or things were left totally unresolved, but everyone acted like it was over. I won’t go into any spoilers, but the plot just felt totally unresolved!

We are left with a lot of unknowns with certain characters and even though one problem was solved, the entirety of the situation was not. And it was so weird to have everyone in the book acting like their job was over but the problem still exists. Plus, information in the book seemed to contradict itself. Again, no spoilers, but there was a scene where one person said this was the puzzle piece completing it, but then in an after scene remarked that there was actually another piece missing. Plus, the extra scene provided also made this book feel like it’s not over.

There was just a lot that was unresolved and it made it really difficult to rate this book any higher than 3 stars, even though I still liked it! I loved the fact that Brekken was back and was able to explain himself. We see Maddie interacting with Brekken again after his betrayal-that-wasn’t-really-a-betrayal and they get to establish their relationship a little more. We got to learn more about Maddie’s brother Nate and her mom, Sylvia, as well as the story behind Nate’s death. But, because this book feels unfinished, with no signs of another book, I have to rate this lower. I want to know what happens next because clearly something is coming!

Overall, I liked the sequel even with its issues, but it has a lot of problems. Things felt rushed and then were left unfinished. Meanwhile, we have a lot of unresolved relationships and plot points that I need Sara to discuss because clearly there needs to be another book! And if there’s not, then I’m upset.

If you want a romantic, contemporary fantasy then check out Glimpsed by G.F. Miller! This will soothe all the aches in your heart after this unresolved relationship and bring you some fantastical joy.

Leave a Reply to Marta the Monogamist Reader Cancel reply