I really don’t like having to put down a book before I finish it. It’s just a sad feeling, but I could not push through this book. Maybe one day I’ll come back to revisit this story and see if I can understand what’s going on, but as of right now, I had to stop at 25%.

I was given an e-ARC of City of the Uncommon Thief from the publisher through NetGalley in exchange for an honest review. This has not impacted my review and all thoughts and feelings are my own. 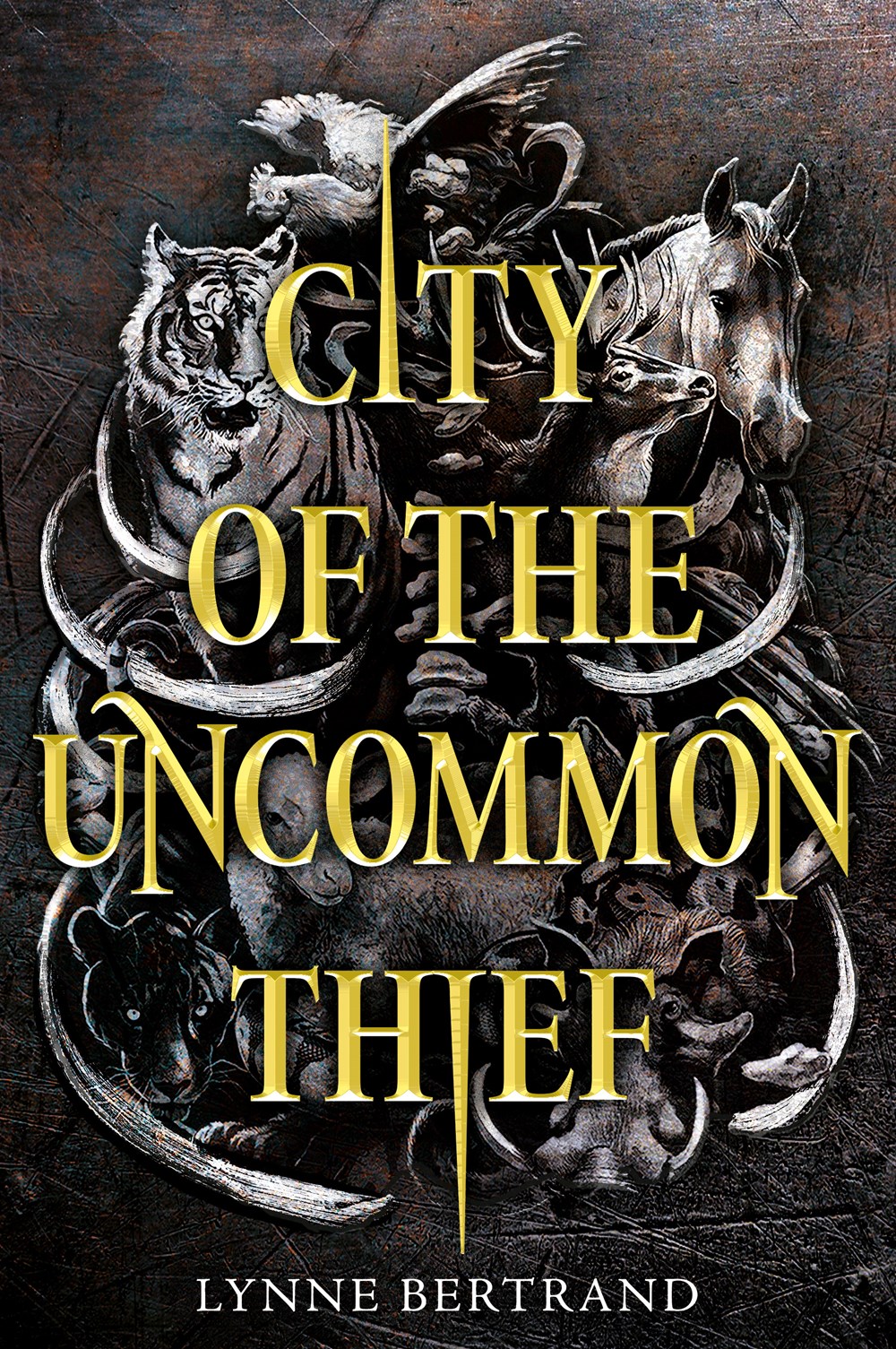 A dark and intricate fantasy, City of the Uncommon Thief is the story of a quarantined city gripped by fear and of the war that can free it.

“Guilders work. Foundlings scrub the bogs. Needles bind. Swords tear. And men leave. There is nothing uncommon in this city. I hope Errol Thebes is dead. We both know he is safer that way.”

In a walled city of a mile-high iron guild towers, many things are common knowledge: No book in any of the city’s libraries reveals its place on a calendar or a map. No living beasts can be found within the city’s walls. And no good comes to the guilder or foundling who trespasses too far from their labors.

Even on the tower rooftops, where Errol Thebes and the rest of the city’s teenagers pass a few short years under an open sky, no one truly believe anything uncommon is possible within the city walls.

But one guildmaster has broken tradition to protect her child, and as a result the whole city faces an uncommon threat: a pair of black iron spikes that have the power of both sword and needle on the ribcages of men have gone missing, but the mayhem they cause rises everywhere. If the spikes not found and contained, no wall will be high enough to protect the city–or the world beyond it.

And Errol Thebes? He’s not dead and he’s certainly not safe.

I was so excited for this book. I loved the cover, I loved the synopsis, but I did not love this book. Jumping in, I was immediately confused. And not the confused of “it’s a new book, I wonder what’s going on” but “I have no understanding of anything and I don’t think the author does either”. Which is not great for the beginning.

As I struggled to read along, about 20% in, I stopped, and was thinking what did I just read? I could not tell you a single thing that happened in the beginning. Not because I wasn’t paying attention, but because it is so jumbled that trying to iron out the details and the emerging plot line is almost impossible.

The main character is a mystery to me. I don’t know their name or their gender. I thought I knew their personality, but they seemed to switch personalities to match the scene the author is throwing them into. In the beginning they were quiet and demure, not wanting to cause trouble or be called out. But in the last scene I finished they were raunchy and over the top – the complete opposite of how we saw them in the beginning, and not as an act. They were also coming across as someone kind and respectful, but then completely objectified this woman they were dancing with and forced her to kiss them before even knowing if that’s what the person wanted. Plus, they were awful to their “cousin” or whoever Jamila is to them, and it was a complete 180 from a few chapters before.

I didn’t get too far in to see where the plot was going, but from what I gathered – nowhere. Errol was the symbol of this groups heroism, but he’s thrown off a cliff and left there until I guess they find out he’s alive? Everyone doesn’t seem to care that Errol is basically dead, even though they were discussing hiding him for as long as possible. Not letting him get caught, but also asking him to turn himself in. And then the few details we got about these iron spikes was vague and strange. It sounded like they came from the city itself and that Errol found them, but then it’s also said that his mother gave them to him? So which is it? I couldn’t tell you.

I also could not tell you any strong details about this book. It’s so unfortunate because I was so excited for this story and I just can’t bring myself to continue when I have no idea what the heck happened in the first 25%. The writing and the characters are too scrambled for my taste. Did not finish and won’t be finishing any time soon.

One thought on “DNF Review: City of the Uncommon Thief”