December 30, 2020December 29, 2020
2021 is two days away… I know, I’m freaking out too! This means we’re entering into a new month with new releases that I can get excited for! So here are the January releases I’m DYING to read!

Lore by Alexandra Bracken Published: January 5, 2021 Publisher: Disney-Hyperion Genre: YA Fantasy Goodreads “From the #1 New York Times best-selling author of The Darkest Minds comes a sweepingly ambitious, high-octane tale of power, destiny, love and redemption. Every seven years, the Agon begins. As punishment for a past rebellion, nine Greek gods are forced to walk the earth as mortals, hunted by the descendants of ancient bloodlines, all eager to kill a god and seize their divine power and immortality….” 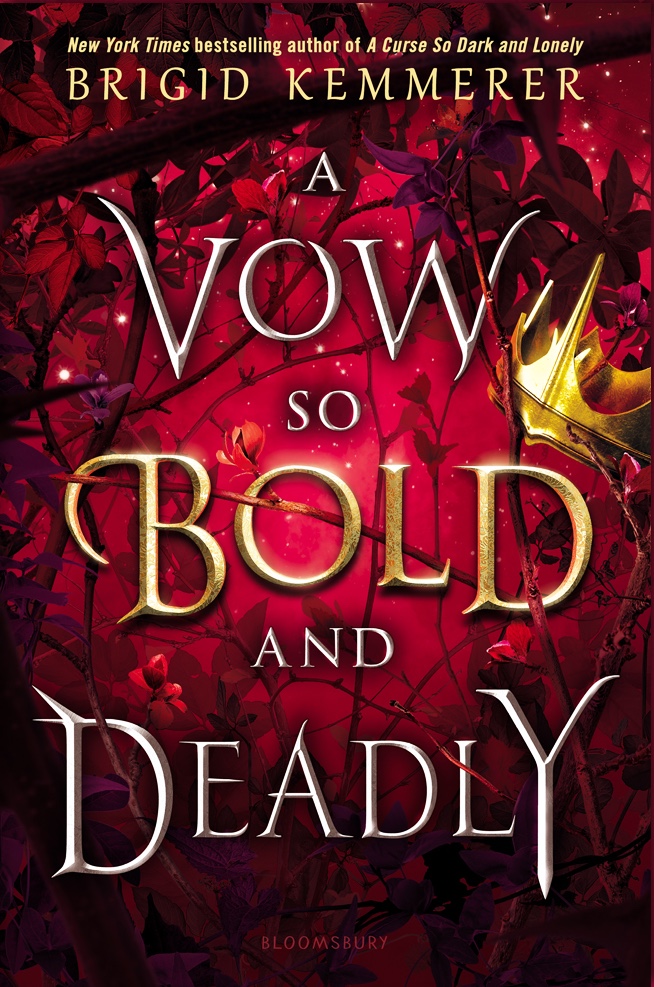 A Vow So Bold and Deadly by Brigid Kemmerer Published: January 26, 2021 Publisher: Bloomsbury YA Genre: YA Fantasy Goodreads “Face your fears, fight the battle. Emberfall is crumbling fast, torn between those who believe Rhen is the rightful prince and those who are eager to begin a new era under Grey, the true heir. Grey has agreed to wait two months before attacking Emberfall, and in that time, Rhen has turned away from everyone—even Harper, as she desperately tries to help him find a path to peace…”

We Free the Stars by Hafsah Faizal Published: January 19, 2021 Publisher: Farrar, Straus and Giroux Genre: YA Fantasy Goodreads “The battle on Sharr is over. The dark forest has fallen. Altair may be captive, but Zafira, Nasir, and Kifah are bound for Sultan’s Keep, determined to finish the plan he set in motion: restoring the hearts of the Sisters of Old to the minarets of each caliphate, and finally returning magic to all of Arawiya. But they are low on resources and allies alike, and the kingdom teems with fear of the Lion of the Night’s return…” 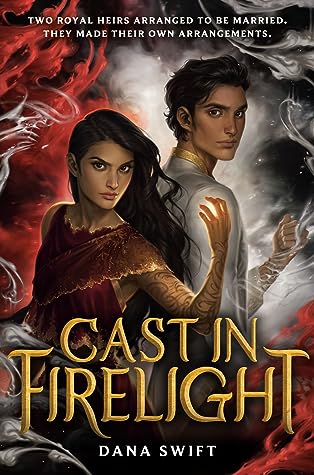 Cast in Firelight by Dana Swift Published: January 19, 2021 Publisher: Delacorte Press Genre: YA Fantasy Goodreads “The first book in an epic, heart-pounding fantasy duology about two royal heirs betrothed to be married, but whose loyalties are torn, and a ruthless enemy who threatens their world, perfect for fans of Sabaa Tahir, Hafsah Faizal, and Renée Ahdieh. Adraa is the royal heir of Belwar, a talented witch on the cusp of taking her royal ceremony test, and a girl who just wants to prove her worth to her people…” 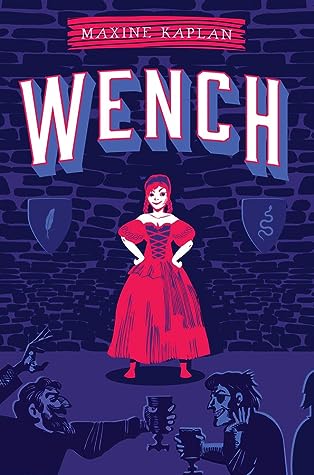 Wench by Maxine Kaplan Published: January 19, 2021 Publisher: Amulet Books Genre: YA Historical Fantasy Goodreads “A funny, fiercely feminist YA epic fantasy—following the adventures of a tavern wench Tanya has worked at her tavern since she was able to see over the bar. She broke up her first fight at 11. By the time she was a teenager she knew everything about the place, and she could run it with her eyes closed. She’d never let anyone—whether it be a drunkard or a captain of the queen’s guard—take advantage of her…” 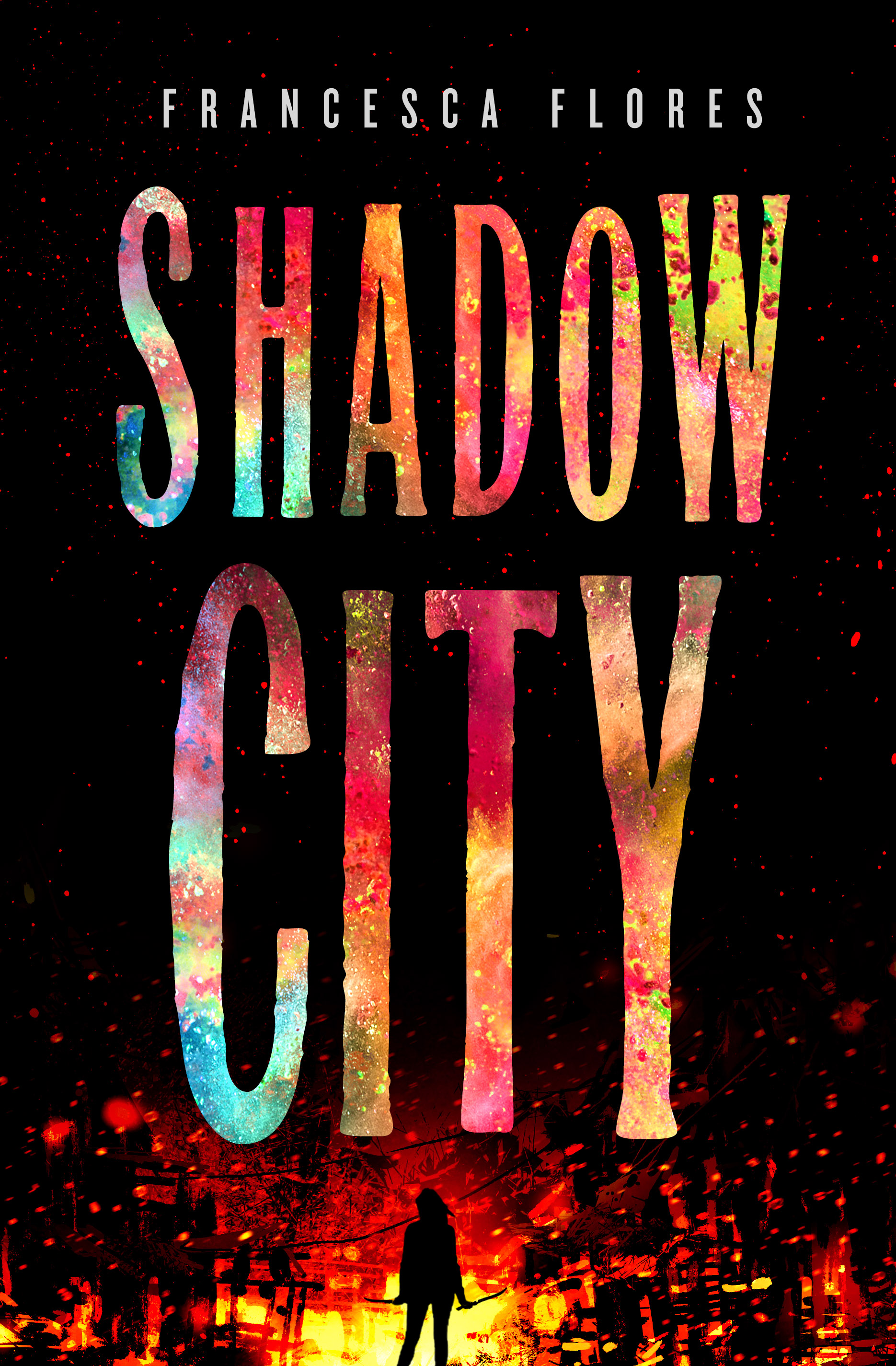 Shadow City by Francesca Flores Published: January 26, 2021 Publisher: Wednesday Books Genre: YA Fantasy Goodreads “The stunning action-packed conclusion to The City of Diamond and Steel duology. Aina Solís has fought her way to the top of criminal ranks in the city of Kosín by wresting control of an assassin empire owned by her old boss, Kohl. She never has to fear losing her home and returning to life on the streets again—except Kohl, the man who tried to ruin her life, will do anything to get his empire back. Aina sets out to kill him before he can kill her…” 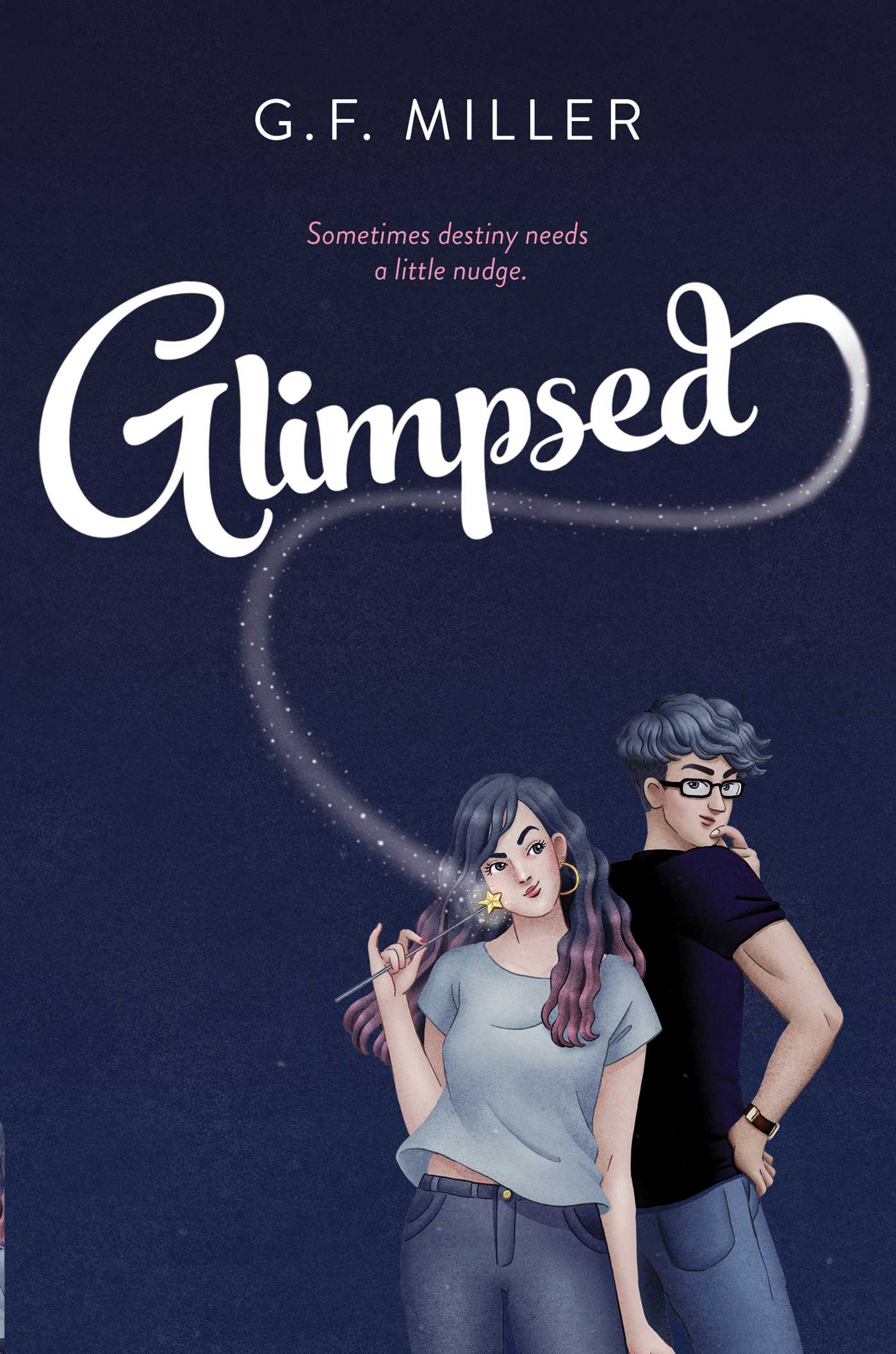 Glimpsed by G.F. Miller Published: January 5, 2021 Publisher: Simon Schuster Books for Young Readers Genre: YA Contemporary Fantasy Goodreads “Perfect for fans of Geekerella and Jenn Bennett, this charming, sparkly rom-com follows a wish-granting teen forced to question if she’s really doing good—and if she has the power to make her own dreams come true. Charity is a fairy godmother. She doesn’t wear a poofy dress or go around waving a wand, but she does make sure the deepest desires of the student population at Jack London High School come true. And she knows what they want even better than they do because she can glimpse their perfect futures…” 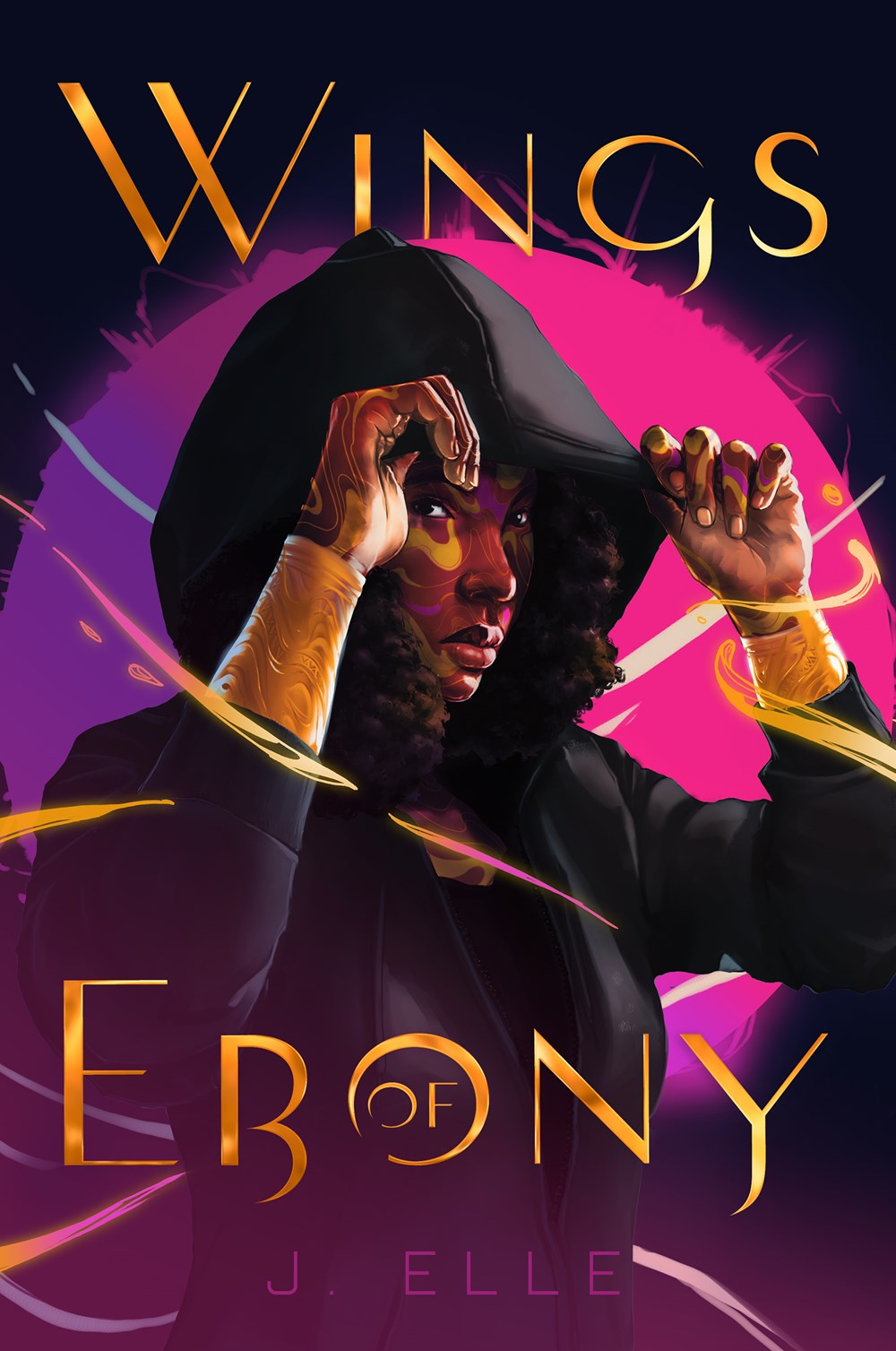 Wings of Ebony by J. Elle Published: January 26, 2021 Publisher: Simon Schuster Books for Young Readers Genre: YA Urban Fantasy Goodreads “In this riveting, keenly emotional debut fantasy, a Black teen from Houston has her world upended when she learns about her godly ancestry–and with evil sinking its claws into humans and gods alike, she’ll have to unearth the magic of her true identity to save both her worlds. Perfect for fans of Angie Thomas, Tomi Adeyemi, and The Hunger Games. “Make a way out of no way” is just the way of life for Rue. But when her mother is shot dead on her doorstep, life for her and her younger sister changes forever. Rue’s taken from her neighborhood by the father she never knew, forced to leave her little sister behind, and whisked away to Ghizon—a hidden island of magic wielders…” 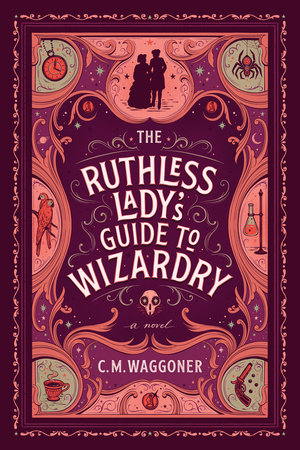 The Ruthless Lady’s Guide to Wizardry by C.M. Waggoner Published: January 12, 2021 Publisher: Ace Genre: Historical Fantasy Goodreads “A charming historical fantasy with a tender love story at its core, from the author of Unnatural Magic. Hard-drinking petty thief Dellaria Wells is down on her luck in the city of Leiscourt—again. Then she sees a want ad for a female bodyguard, and she fast-talks her way into the high-paying job. Along with a team of other women, she’s meant to protect a rich young lady from mysterious assassins…” There you have it! These are my most anticipated reads coming out in January! Technically I’ve already read A Vow So Bold and Deadly and Glimpsed, but I’m still going to buy them and most likely read them again, so I’m keeping them on my list. I had to make some executive decisions on which books I’m “DYING” to read to keep this short, so I’m sorry if your most anticipated didn’t make it on this list. I’m sure I have 100 more books to include, but these are my automatic preorders/buys for next month! I can’t wait to dive into the new year and get my hands on all of these new books! What are your most anticipated January releases?