With November coming crashing around the corner, I’ve been thinking a lot about books I want to order/pre-order for November!

So what better way to organize my TBR than doing a post about November releases that I am really excited for!?

These aren’t in order of important or even most to least excited or vice versa. Nor are they In chronological order (sorry about that!) I honestly did it by how the titles came up in my brain and on Goodreads. But here is the list of November titles that I’m really excited to read! 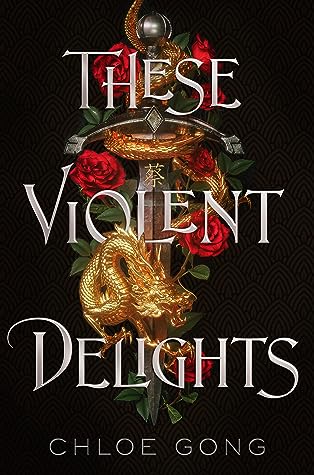 Perfect for fans of The Last Magician and Descendant of the Crane, this heart-stopping debut is an imaginative Romeo and Juliet retelling set in 1920s Shanghai, with rival gangs and a monster in the depths of the Huangpu River.

The year is 1926, and Shanghai hums to the tune of debauchery.

A blood feud between two gangs runs the streets red, leaving the city helpless in the grip of chaos. At the heart of it all is eighteen-year-old Juliette Cai, a former flapper who has returned to assume her role as the proud heir of the Scarlet Gang—a network of criminals far above the law. Their only rivals in power are the White Flowers, who have fought the Scarlets for generations. And behind every move is their heir, Roma Montagov, Juliette’s first love…and first betrayal.

But when gangsters on both sides show signs of instability culminating in clawing their own throats out, the people start to whisper. Of a contagion, a madness. Of a monster in the shadows. As the deaths stack up, Juliette and Roma must set their guns—and grudges—aside and work together, for if they can’t stop this mayhem, then there will be no city left for either to rule.

In Julia Ember’s dark and lush LGBTQ+ romantic fantasy Ruinsong, two young women from rival factions must work together to reunite their country, as they wrestle with their feelings for each other.

Her voice was her prison…
Now it’s her weapon.

In a world where magic is sung, a powerful mage named Cadence has been forced to torture her country’s disgraced nobility at her ruthless queen’s bidding.

But when she is reunited with her childhood friend, a noblewoman with ties to the underground rebellion, she must finally make a choice: Take a stand to free their country from oppression, or follow in the queen’s footsteps and become a monster herself. 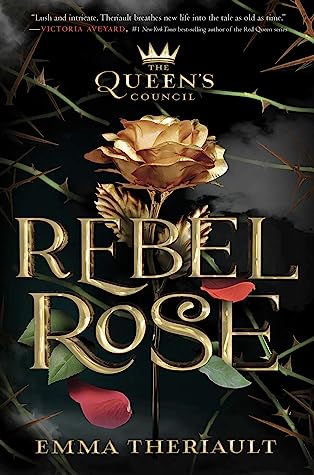 Happily ever after is only the beginning as Belle takes on the responsibility of becoming queen and learns to balance duty, love, and sacrifice, all while navigating dark political intrigue—and a touch of magic.

It’s 1789 and France is on the brink of revolution. Belle has finally broken the Enchantress’s curse, restoring the Beast to his human form and bringing life back to their castle in the province of Aveyon. But in Paris, the fires of change are burning, and it’s only a matter of time before the rebellion arrives on their doorstep.

Not so very long ago, Belle dreamed of leaving her provincial home for a life of adventure. But now she finds herself living in a palace, torn between her past as a commoner, and her future as royalty. While Belle grapples with her newfound position, there are those who would do anything to keep her from power.

When she stumbles across a magic mirror that holds a dire warning, Belle wants nothing more than to ignore the mysterious voice calling her to accept a crown she never desired. But violent factions of the revolution may already be lurking within her own castle, and doing nothing would endanger everything she holds dear. With the fate of her country, her love, and her life at stake, Belle must decide if she is ready to embrace her own strength–and the magic that ties her to so many female rulers before her–to become the queen she is meant to be.

Rebel Rose is the first in the Queen’s Council series, an empowering fairy tale reimagining of the Disney Princesses-and the real history behind their stories-like you’ve never seen before. 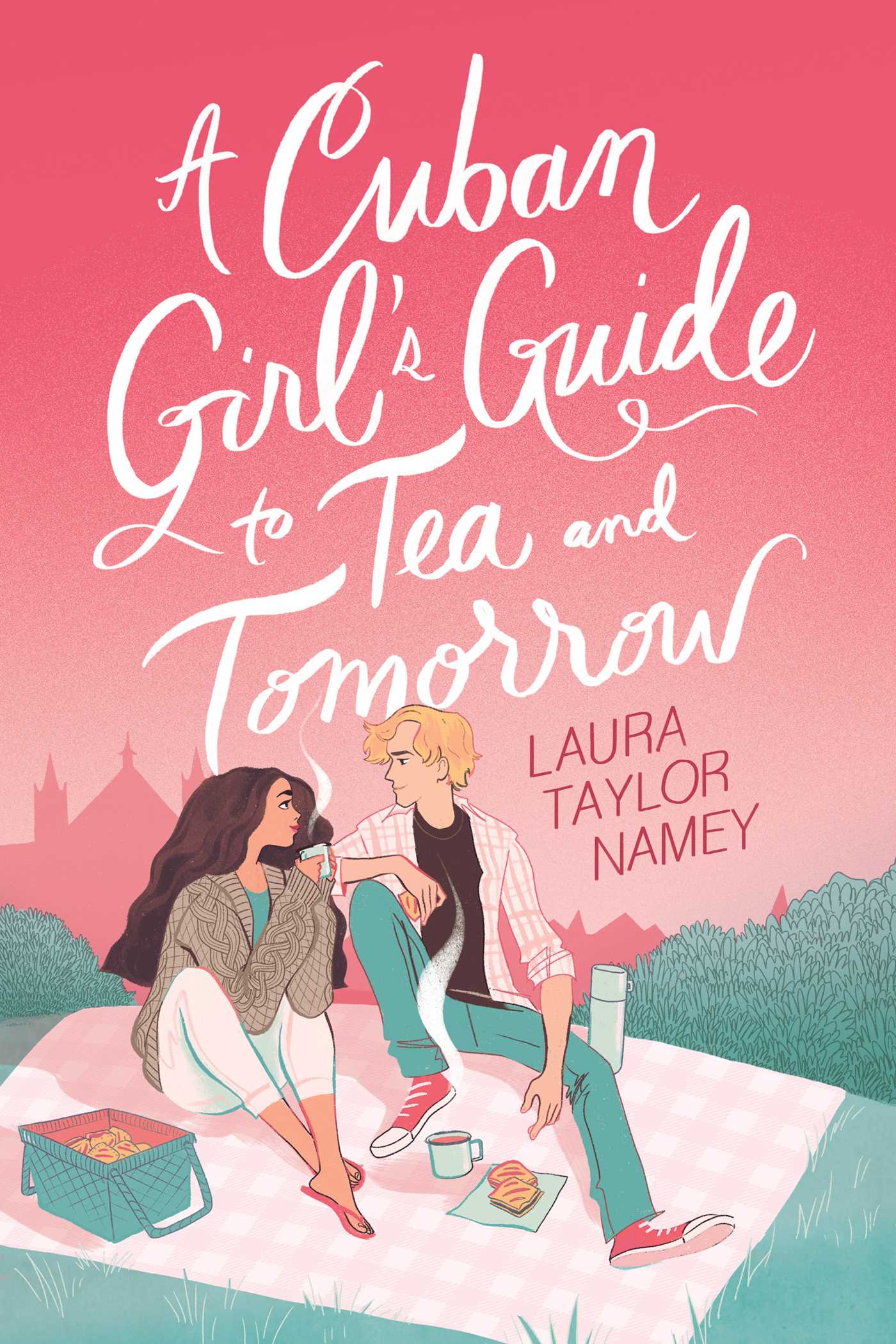 For Lila Reyes, a summer in England was never part of the plan. The plan was 1) take over her abuela’s role as head baker at their panadería, 2) move in with her best friend after graduation, and 3) live happily ever after with her boyfriend. But then the Trifecta happened, and everything—including Lila herself—fell apart.

Worried about Lila’s mental health, her parents make a new plan for her: Spend three months with family friends in Winchester, England, to relax and reset. But with the lack of sun, a grumpy inn cook, and a small town lacking Miami flavor (both in food and otherwise), what would be a dream trip for some feels more like a nightmare to Lila…until she meets Orion Maxwell.

A teashop clerk with troubles of his own, Orion is determined to help Lila out of her funk, and appoints himself as her personal tour guide. From Winchester’s drama-filled music scene to the sweeping English countryside, it isn’t long before Lila is not only charmed by Orion, but England itself. Soon a new future is beginning to form in Lila’s mind—one that would mean leaving everything she ever planned behind. 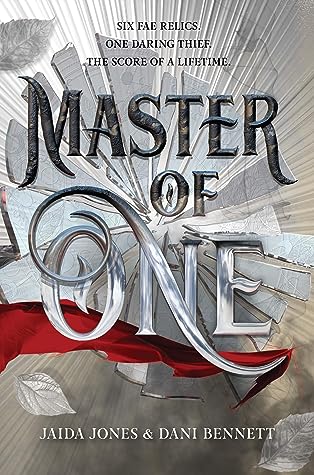 Sinister sorcery. Gallows humor. A queer romance so glorious it could be right out of fae legend itself. Master of One is a fantasy unlike any other.

Rags is a thief—an excellent one. He’s stolen into noble’s coffers, picked soldier’s pockets, and even liberated a ring or two off the fingers of passersby. Until he’s caught by the Queensguard and forced to find an ancient fae relic for a sadistic royal sorcerer.

But Rags could never have guessed this “relic” would actually be a fae himself—a distractingly handsome, annoyingly perfect, ancient fae prince called Shining Talon. Good thing Rags can think on his toes, because things just get stranger from there…

With the heist and intrigue of Six of Crows and the dark fairy tale feel of The Cruel Prince, this young adult fantasy debut will have readers rooting for a pair of reluctant heroes as they take on a world-ending fae prophecy, a malicious royal plot, and, most dangerously of all, their feelings for each other. 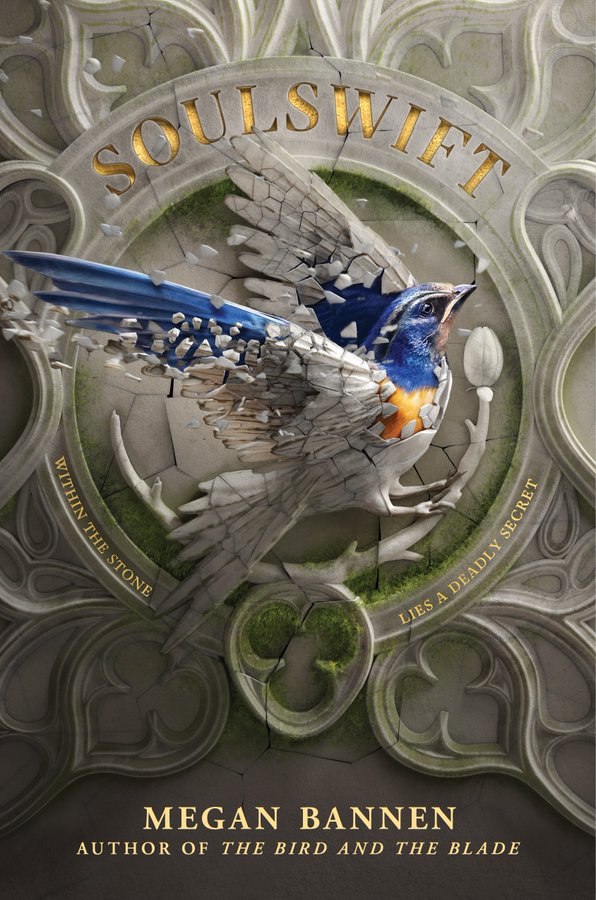 A dark, epic fantasy about a girl who must reevaluate everything she believes after she is betrayed and hunted by the religion that raised her—from Megan Bannen, author of The Bird and the Blade. Perfect for fans of The Winner’s Curse and The Girl of Fire and Thorns.

When Gelya stumbles into a deadly cover-up by the Ovinists’ military, she reluctantly teams up with Tavik, an enemy soldier, to survive. Tavik believes that Elath is actually a mother goddess who must be set free, but while he succeeds in opening Her prison, he inadvertently turns Gelya into Elath’s unwilling human vessel.

Now the church that raised Gelya considers her a threat. In a race against the clock, she and Tavik must find a way to exorcise Elath’s presence from her body. But will this release stop the countdown to the end of the world, or will it be the cause of the earth’s destruction? And as Tavik and Gelya grow closer, another question lingers between them: What will become of Gelya? 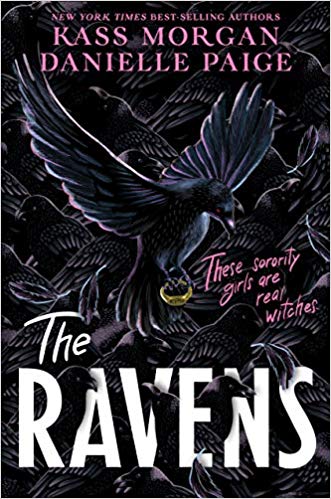 Kappa Rho Nu isn’t your average sorority. Their parties are notorious. Their fundraisers are known for being Westerly College’s most elaborate affairs. But beneath the veil of Greek life and prestige, the sisters of Kappu Rho Nu share a secret: they’re a coven of witches. For Vivi Deveraux, being one of Kappa Rho Nu’s Ravens means getting a chance to redefine herself. For Scarlett Winters, a bonafide Raven and daughter of a legacy Raven, pledge this year means living up to her mother’s impossible expectations of becoming Kappa Rho Nu’s next president. Scarlett knows she’d be the perfect candidate — that is, if she didn’t have one human-sized skeleton in her closet…. When Vivi and Scarlett are paired as big and little for initiation, they find themselves sinking into the sinister world of blood oaths and betrayals.

From the bestselling author of Frankly in Love comes a contemporary YA rom-com where a case of mistaken identity kicks off a string of (fake) events that just may lead to (real) love.

When Sunny Dae—self-proclaimed total nerd—meets Cirrus Soh, he can’t believe how cool and confident she is. So when Cirrus mistakes Sunny’s older brother Gray’s bedroom—with its electric guitars and rock posters—for Sunny’s own, he sort of, kind of, accidentally winds up telling her he’s the front man of a rock band.

Before he knows it, Sunny is knee-deep in the lie: He ropes his best friends into his scheme, begging them to form a fake band with him, and starts wearing Gray’s rock-and-roll castoffs. But no way can he trick this amazing girl into thinking he’s cool, right? Just when Sunny is about to come clean, Cirrus asks to see them play sometime. Gulp.

Now there’s only one thing to do: Fake it till you make it.

Sunny goes all in on the lie, and pretty soon, the strangest things start happening. People are noticing him in the hallways, and he’s going to football games and parties for the first time. He’s feeling more confident in every aspect of his life, and especially with Cirrus, who’s started to become not just his dream girl but also the real deal. Sunny is falling in love. He’s having fun. He’s even becoming a rocker, for real.

But it’s only a matter of time before Sunny’s house of cards starts tumbling down. As his lies begin to catch up with him, Sunny Dae is forced to wonder whether it was all worth it—and if it’s possible to ever truly change.

What are some November releases you’re excited for? Any that you’ve already preordered or plan to buy on release day?

One thought on “November Releases I’m Dying to Read”