I received an eARC of The Waking Forest by Alyssa Wees from NetGalley in exchange for an honest review: and here it is! This book comes out on March 12, 2019 and will be available for purchase on all platforms. So, lets get started! 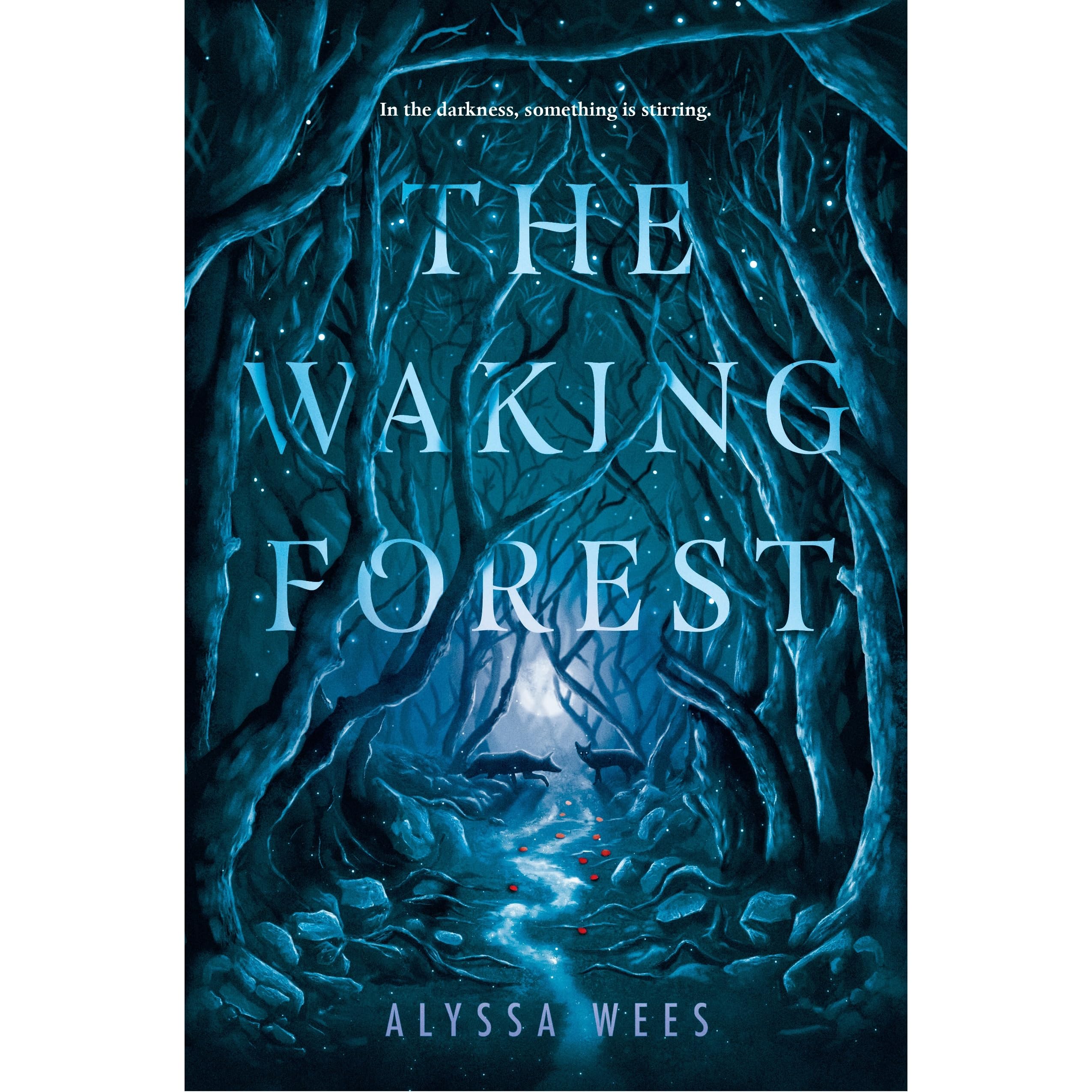 The waking forest has secrets. To Rhea, it appears like a mirage, dark and dense, at the very edge of her backyard. But when she reaches out to touch it, the forest vanishes. She’s desperate to know more—until she finds a peculiar boy who offers to reveal its secrets. If she plays a game.

To the Witch, the forest is her home, where she sits on her throne of carved bone, waiting for dreaming children to beg her to grant their wishes. One night, a mysterious visitor arrives and asks her what she wishes for, but the Witch sends him away. And then the uninvited guest returns.

The strangers are just the beginning. Something is stirring in the forest, and when Rhea’s and the Witch’s paths collide, a truth more treacherous and deadly than either could ever imagine surfaces. But how much are they willing to risk to survive?

This is one of my most anticipated reads of 2019 and thankfully, it did not disappoint! The first thing I noticed about this book was the distinct writing style; it’s mysterious and enchanting and gives an almost Hazel Wood vibe, but better in my opinion. Next thing I noticed was the overall plot.

This book gave me a chilling, creepy vibe in the beginning with no explanation and I loved it. It was like a slow start to a horror movie – where you see creepy things are happening but you’re not sure why and you don’t quite know what is going to happen next. That was my initial reaction. As the book goes on more, the creepy vibe always remains but it changes and forms into something more than just suspense or horror – it turns into true fantasy.

One of the other things I noticed and liked in this book was the characters – sometimes, especially in YA, characters all come across the same or there is a distinct them vs us kind of divide – but not here. Wees makes sure to make each character their own individual throughout the story and makes sure to keep them consistent. I also loved the quirkiness of the sisters and how each of them has a quirk or thing to them that separates them from each other. It makes distinguishing between the four of them easier throughout the story.

Another thing I liked about this book was the set up – the switch between Rhea’s POV and the Witch’s POV was done very well and each switch back and forth helped build Rhea’s story more, instead of hindering it. The way that Wees also formats the book helps distinguish the Witch from Rhea, making sure to make an obvious switch in her own writing style that the POVs are different so that there is no confusion as she goes back and forth.

Lastly, I loved the imagery of this story. It was written so beautifully that I could clearly visualize everything on the page before me. Even when the book became intense, I could still see what she wanted me to see and feel like I’m right there with the characters.

My only issue with this book was the ending. And not because of what happens, but the way it was written. The entire first three quarters of the book includes some plot, but its a lot of descriptions, dialogue, and other things included rather than just action. At the end of this book, the shift to more action made it feel choppy and hard to follow. Going from the almost lyrical story to an action filled ending was shocking and hard to transition into. Besides that, I really liked this story and I’m excited to read more from this author!

Overall, I really enjoyed this book and I think its perfect for anyone looking for a short, quick, creepy YA fantasy read. And with that – I would rate this book

If this book interests you, I would suggest checking out The Cruel Prince by Holly Black or A Curse So Dark and Lonely by Brigid Kemmerer!